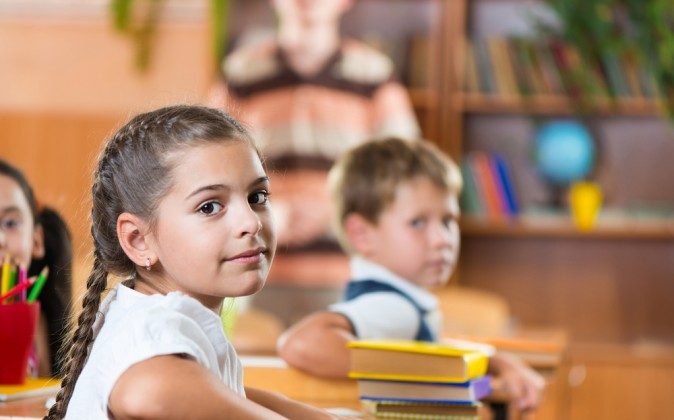 Kids Burn More Calories if They Stand in Class

New research suggests that putting standing desks in elementary school classrooms could be a way to combat childhood obesity.

The stand-biased desks let students decide whether to sit or stand during lecture time.

With these standing workstations, children have the opportunity to get more physical activity and burn more calories, as well as to relieve stress on spinal structures that may occur with traditional desks.

The researchers used devices called “Sensewear” to measure children’s step count and energy expenditure. Each participant was asked to wear the device for five consecutive school days, and each classroom was measured for one week in both the fall and spring semesters.

While the participants wore the device all day, the main goal was to measure whether the stand-biased desks made any impact during the traditional lecture time spent with students at their desks.

The findings from the study indicate that the implementation of stand-biased desks had a statistically significant and positive impact on the amount of calories burned.

“The students at stand-biased desks burned 15 percent more calories during the study period than students at traditional desks, and obese children at standing desks increased their calorie use by 25 percent,” says Mark Benden, associate professor at the Texas A&M Health Science Center School of Public Health.

“Teachers also reported that students at stand-biased desks had an increased level of engagement during lecture time.”

Benden adds that the stools that pair with the desks are better for students’ posture and blood flow as opposed to traditional plastic chairs, and the desks even eased back pain in teachers since they were not forced to bend over to help students.

As a result, researchers are hopeful that stand-biased desks may be a potential intervention for childhood obesity that is relatively non-distracting to classroom lecture time.

The findings appear in the International Journal of Environmental Research and Public Health.

Obesity rates before and after the second year of the intervention and student engagement levels will be the subject of subsequent publications from this research.

Currently, Benden is conducting a two-year study on high school students to find out whether or not they fatigue from using the standing desks. These students wear monitoring devices around the clock to measure their bodies’ response to standing desks both day and night.

*Image of “classroom” via Shutterstock