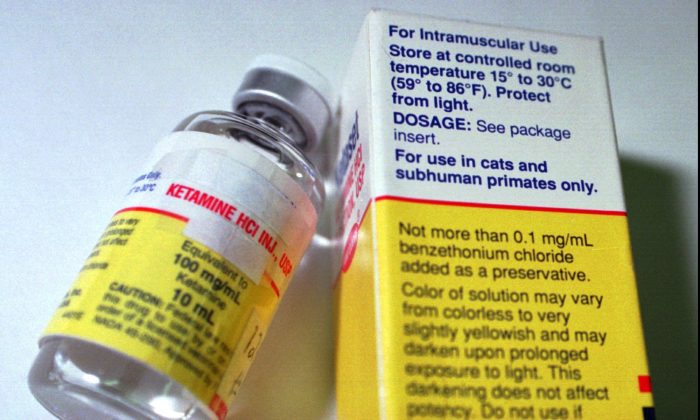 A onetime party drug, ketamine, is being tested by researchers at the National Institutes of Health as a treatment for severe depression and has been used by a growing number of facilities across America.

The benefits of the drug have been touted for years even as it was used outside facilities as a recreational drug, or even a date rape tool.

WebMD reported in 2014 that in a handful of clinics across the country, people who weren’t helped by standard treatments would receive infusions to ease their depression.

At the time, some professionals were hesitant to use the drug because it hadn’t been thoroughly studied for long-term safety, and the FDA hadn’t approved it to treat depression.

However, progress has been made since then—including the American Psychiatric Association heading toward a tacit endorsement of the drug to treat severe depression, according to the Washington Post.

In addition, a growing number of academic medical centers, including the Mayo Clinic, Yale University, and the Cleveland Clinic, have been utilizing the drug.

“This is the next big thing in psychiatry,” said San Francisco-based psychiatrist L. Alison McInnes.

Psychiatry has run out of gas” in trying to help depressed patients for whom nothing has worked, she says. “There is a significant number of people who don’t respond to antidepressants, and we’ve had nothing to offer them other than cognitive behavior therapy, electroshock therapy and transcranial stimulation.”

The guidelines, which are being used in a National Institutes of Health clinical trial, call for six IV drops over a two-week period.

Still, there are a number of unknowns, prompting some experts to call for more study before widespread use.

“It’s a medication that can have big changes in heart rate and blood pressure,” said Gerard Sanacora, director of the Yale Depression Research Program. “There are so many unknowns, I’m not sure it should be used more widely till we understand its long-term benefits and risks.”