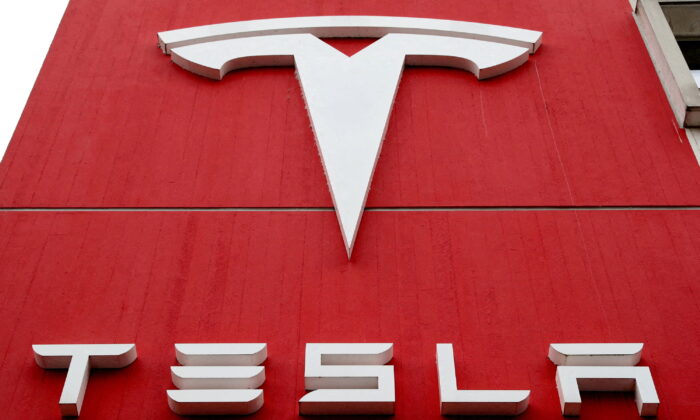 The logo of car manufacturer Tesla at a branch office in Bern, Switzerland on Oct. 28, 2020. (Arnd Wiegmann/Reuters)
Companies

A Florida jury found electric car maker Tesla Inc. 1 percent negligent in the death of an 18-year-old man whose Model S sedan slammed into a concrete wall after the car’s speed limiter had been deactivated, with the teenager and his father found to be 99 percent at fault.

Monday’s verdict by a Fort Lauderdale federal jury came in what lawyers for James and Jenny Riley, whose son Barrett died in the crash, called the first trial against Tesla over an accident involving its vehicles.

Another passenger also died while a third occupant survived.

Riley’s parents said the crash occurred after a Tesla technician, without their knowledge, disabled a device that had been installed at their request and which capped the Model S’s speed at 85 mph (137 kph).

The jury said James and Jenny Riley suffered a respective $4.5 million and $6 million of damages for pain and suffering, which the judge can reduce based on the negligence findings.

Lawyers for Tesla did not immediately respond on Tuesday to requests for comment.

Tesla, headed by billionaire entrepreneur Elon Musk, had said that Barrett Riley’s recklessness caused the crash and his parents should have taken away the keys after his March 2018 speeding ticket for driving at 112 mph (180 kph).

It also said Barrett Riley tricked the technician into disabling the speed limiter.

The parents said a design defect in Tesla’s lithium-ion battery cells and battery pack contributed to the fire, but a judge on June 29 dismissed that claim.

In a statement, the Rileys’ lawyer Curtis Miner said they were pleased with the negligence finding, and hoped the case would help prevent other accidents and save lives.

Tesla has faced a variety of lawsuits and regulatory probes over crashes tied to its Autopilot feature. That feature was not at issue in Barrett Riley’s crash, court records show.