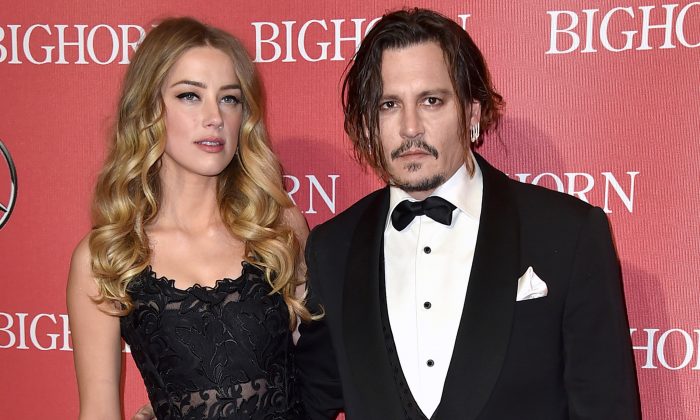 A judge ended Johnny Depp and Amber Heard’s marriage on Friday after months of bickering over the final terms of their breakup.

The judgment keeps in place many of the key terms the actors agreed to in August, when they announced a settlement in their divorce a day before a restraining order hearing that would have focused on Heard’s allegations that Depp was physically abusive toward her.

Their agreement called for Depp to pay Heard $7 million, which she has pledged to a pair of charities. Attorneys for the actors have squabbled over whether Depp can make the payments directly to the charities and other details of the final judgment.

“We are all pleased to put this unpleasant chapter in Mr. Depp and his family’s lives behind them,” his attorney Laura Wasser wrote in a statement. “Having his request for entry of the dissolution judgment granted today made it a particularly lucky Friday the 13th.”

The couple has no children together, but Heard will keep their dogs, Pistol and Boo, and a horse named Arrow.

The judgment splits up several other assets, including cars and property. Neither actor will receive spousal support, and a confidentiality provision calls for them to refrain from discussing their relationship in interviews or on social media.

The actors signed the judgment in December, which led Los Angeles Superior Court Judge Carl H. Moor to state at the outset of a hearing Friday, “I’m scratching my head a little bit about why we’re all here.”

He received assurances from lawyers that there was no dispute over the terms of the judgment, and Heard’s lawyer Pierce O’Donnell said the actress wanted the case to end immediately.

“My client would be very happy to move on with her life,” O’Donnell said.

The judgment ends a marriage that lasted less than two years. The pair met on the set of the 2011 film “The Rum Diary” and married in February 2015, but separated in May 2016.

Depp denied he physically abused Heard. Police officers who responded to their apartment in May after a fight between the couple said they found no evidence of a crime.

“Our relationship was intensely passionate and at times volatile, but always bound by love,” the actors said in a joint statement released after Heard dismissed her restraining order petition. “Neither party has made false accusations for financial gain. There was never any intent of physical or emotional harm.”