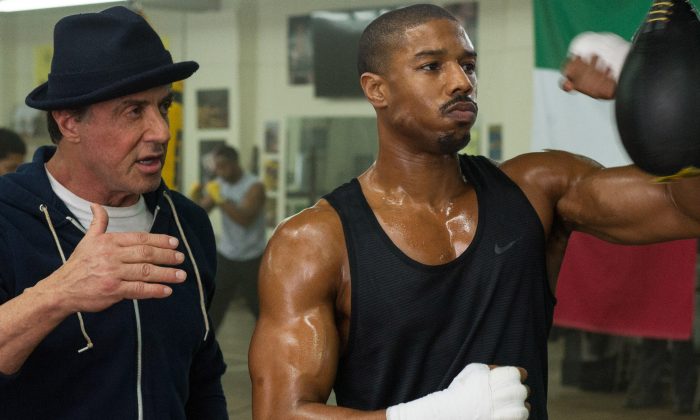 LOS ANGELES—With “Creed” knocking out audiences and critics alike, Michael B. Jordan acknowledges he would love to lace up the gloves again for a sequel.

Jordan openly welcomed the possibility of an eventual “Creed 2” even before writer-director Ryan Coogler’s new chapter in the Rocky Balboa boxing saga opened to mostly rave reviews and a strong box-office performance during the five-day Thanksgiving weekend.

“A character so rich as this, and the world he’s in, I want to see what happens to him next and what he does,” Jordan said in a recent interview. “Especially the way it ends off, it’s pretty cool. I think with success and time and circumstances, it would be exciting to come back and work with (co-stars) Sly (Stallone) and Tessa (Thompson) again.” Coogler, too, has expressed enthusiasm for another “Creed.”

The film featuring Stallone’s seventh appearance as Rocky, now a trainer to up-and-coming fighter Adonis Creed (Jordan), had a solid holiday weekend that’s projected to hit about $40 million despite daunting competition. “Creed” also received a CinemaScore of A from audiences enthralled by Creed’s rise and Stallone’s much-praised supporting performance as Rocky facing his mortality.