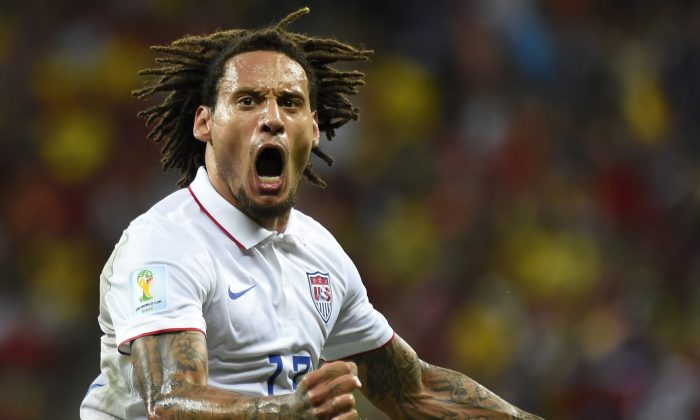 US midfielder Jermaine Jones celebrates after scoring during a Group G football match between USA and Portugal at the Amazonia Arena in Manaus during the 2014 FIFA World Cup on June 22, 2014. (ODD ANDERSEN/AFP/Getty Images)
Sports

USA is set to play Belgium for a quarter final spot on Tuesday, July 1, and one of their key players is Jermaine Jones.

The 32-year-old German-American scored a sweet long range effort in USA’s 2-2 draw with Portugal in the group stage.

Jones is married to Sarah Gerth, a former Miss Germany in 2007, according to FabWags.com.