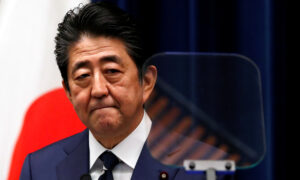 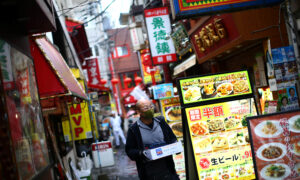 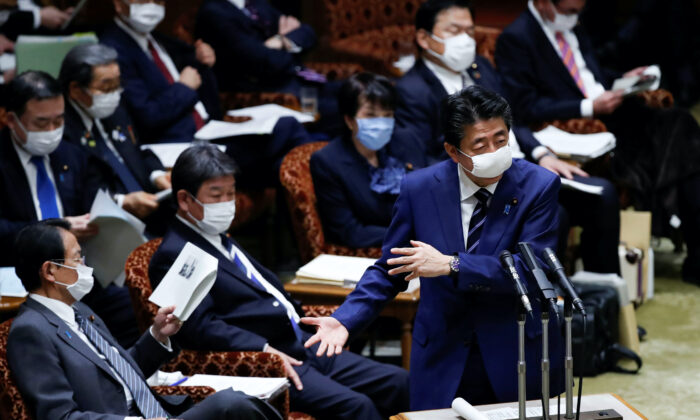 TOKYO—Japan will ban entry to foreigners from 73 countries and ask everyone arriving from abroad to quarantine themselves for two weeks as it struggles to contain the CCP virus, with a senior minister warning the country had been pushed “to the brink.”

Medical experts advising Prime Minister Shinzo Abe told a news conference on Wednesday that the rapid spread of contagion was severely straining hospitals in Tokyo, in Osaka, and some other prefectures and that quick action was vital.

“Fundamental responses should be made as early as today or tomorrow,” Shigeru Omi, head of the Japan Community Healthcare Organisation, said. He said the medical system could collapse even before an “overshoot”—or an explosive rise in cases.

Abe is facing growing public calls to declare a state of emergency that would give local governors greater clout to tell residents to stay home, close schools, and take other steps. But the relevant enabling law includes no penalties in most cases.

Many other countries hit by the pandemic have imposed legally binding lockdowns with severe penalties for violators. Japan’s new measures on travel and quarantine will take effect on April 3.

Japan had confirmed 2,362 domestically transmitted cases of the CCP (Chinese Communist Party) virus, commonly known as novel coronavirus. and 67 deaths as of Wednesday; public broadcaster NHK said—relatively small tallies compared with those of the United States, China, and Europe.

But Tokyo has seen the most significant jump in cases, with another 66 on Wednesday for a total of 587, NHK said, adding to pressure on the government to take more drastic measures. NHK said later that Japan overall had seen its highest daily increase yet with 237 new cases, though it was not clear if that number was included in the total tally for Wednesday.

“We are barely holding the line and remain at a critical point where virus cases could surge if we let down our guard,” Abe told a parliamentary committee.

Economics Minister Yasutoshi Nishimura said infectious disease experts were especially alarmed about medical capacity in Tokyo and that the country was on the verge of a crisis.

“We must prevent infections from spreading further no matter what. We have come to the edge of edges, to the very brink,” Nishimura told reporters.

Omi said that while Japan was not seeing an uncontrolled spike in cases now, more clusters of infections were being reported. He said it had caused the supply of medical services to tighten in some areas.

At a later news conference, infectious disease experts advising the government said that if measures in place now fail to halt secondary and reinfections from overseas, a “plan B” would be needed.

“What we can do is to lock down cities or zones, which means more stringent, more harsh control on movement,” Hokkaido University professor Hiroshi Nishiura said.

“It may not be possible under the current legislation, but we are thinking about the possibility,” he said.

Earlier, Nishiura said that some strained regions could see the same sort of shortage of respirators for severely ill patients experienced elsewhere.

The experts urged areas that have seen sharp spikes in infections over the past week to tell residents to stay home and avoid gatherings of more than 10 people.

Tokyo Governor Yuriko Koike has requested that residents of the city of nearly 14 million people stay indoors and avoid restaurants and bars, steps she reiterated on Wednesday.

“People are saying ‘I didn’t think I was infected myself.’ I want everyone to share the awareness that one should both protect oneself while also avoiding spreading (the virus),'” she told a news conference.

Koike said junior high schools and high schools run by the metropolis would remain closed through May 6 after shutting at the start of March. Schools in other areas should decide based on local conditions, the experts said.

The spread of the virus is hammering an economy that was already verging on recession. A Bank of Japan poll showed the mood of industrial manufacturers at its most pessimistic for seven years.

Calls for a lockdown have been growing on social media, with many Twitter users expressing worry and pointing to the more draconian measures taken in cities elsewhere around the world.

“One of my friends who works in Tokyo is still commuting on packed trains,” wrote a user under the Twitter handle Arikan.

“I’m a little embarrassed by how indecisive Japan is compared with other nations.”

By Kiyoshi Takenaka and Elaine Lies