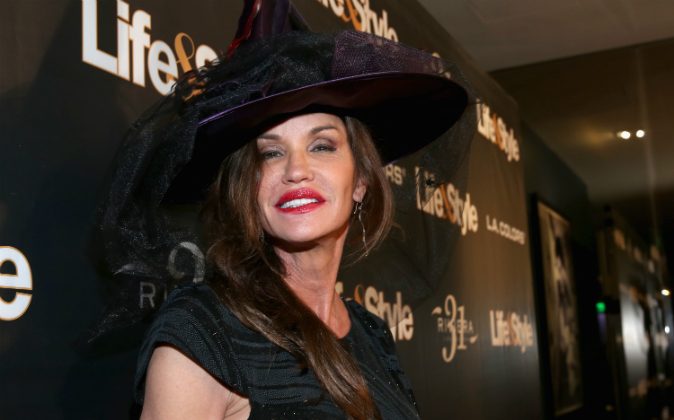 Janice Dickinson is no stranger to plastic surgery—but if there is one surgery she regrets, its undergoing breast augmentation.

When Dickinson was first diagnosed with Stage 1 Breast Cancer in March, she also learned from a mammogram technician that having implants makes it more difficult to detect abnormalities.

“If I had to play my life over again, I would have never gotten breast implants in the first place,” she told Entertainment Tonight. “I didn’t need to have a mastectomy, although I’m so blessed as just Janice being Janice that I said, ‘Take them out! Take them out, cut them out! Just take them out now!'”

“I am living and I am happy. And I don’t want everyone to think this is a big pity party,” she stated. “I’m Janice Dickinson and I’m prepared to fight, and I’m going to keep fighting because women like you, Samantha [Harris], that have given me the strength to be who I am.”

Despite her courage to keep fighting, the 61-year-old admitted there are days where she is afraid of the unknown.

“I’m not going to sugarcoat this. I’m scared. I am,” an emotional Dickinson admitted. “I vacillate during the day, because I want to be strong for my family. But then, when I’m by myself, I know I’m protected by a higher power. I am protected, and the sky never looked bluer. …I’m very in touch with everything that’s going around.”

She’s also found comfort in her fiancé, Robert “Rocky” Gerner, who is a physician. The couple were in the midst of preparing for their nuptials when Dickinson was given the heartbreaking news.

“We’ve got a bigger fight to fight,” she said for the reason to put their wedding plans on hold. “If it weren’t for the love and compassion and the strain of my fiancé, Rocky’s been my Rocky. I don’t know if I were a man, I don’t know if I could put up with everything that I’m going through.”

Dickinson will undergo her first radiation treatment next week.