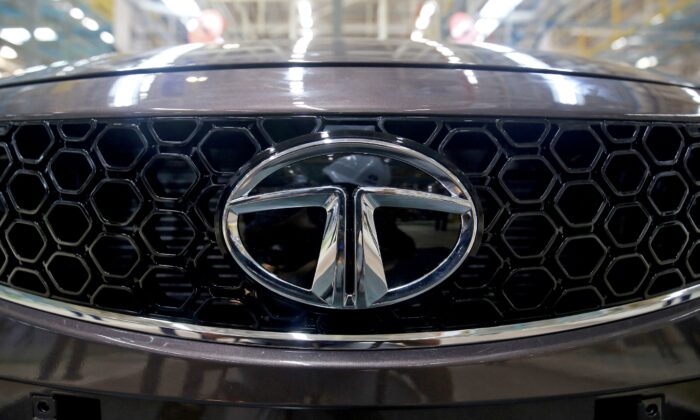 A Tata Tigor car is pictured at the assembly line inside the Tata Motors car plant in Sanand, on the outskirts of Ahmedabad, India, on Aug. 7, 2018. (Amit Dave/Reuters)
Companies

BENGALURU—India’s Tata Motors posted a surprise quarterly loss and took a $2.05 billion charge at the luxury Jaguar Land Rover (JLR) unit, warning that a global chip crunch and surging COVID-19 cases in the country would hurt its business.

Like other carmakers in India, Tata Motors was navigating the pandemic’s impact on sales when a global chip shortfall piled on more pressure, forcing it to suspend operations at two JLR car factories in April.

The disruptions have become more difficult to mitigate and are now impacting production plans for the first quarter, Tata Motors said on Tuesday.

The COVID-19 crisis has driven a shift to remote work and learning, boosting demand for laptops and other gadgets that use semiconductors. The resulting shortage has forced automakers including General Motors and Ford to flag production cuts.

For the quarter ended March 31, Tata Motors reported a consolidated net loss of 76.05 billion rupees ($1.04 billion), compared with a loss of 98.94 billion rupees a year earlier.

Analysts were expecting the carmaker to log a profit of 26.72 billion rupees, according to Refinitiv IBES data.

Tata Motors said it saved about 300 million pounds ($426 million) in the March quarter at JLR under its Project Charge, a turnaround plan that was announced in 2018.