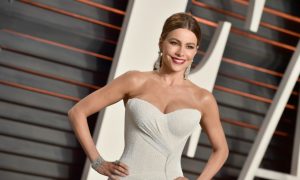 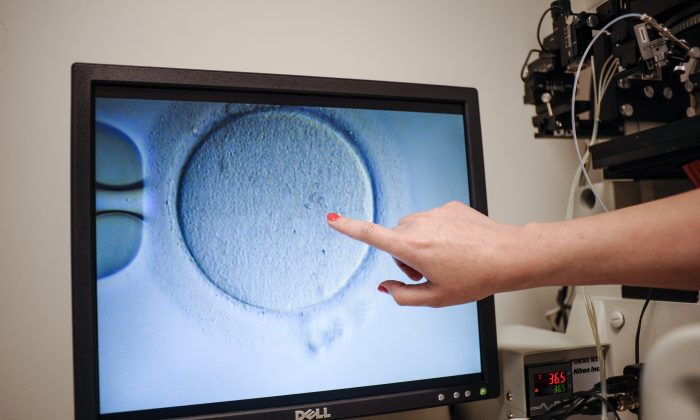 An embryologist shows an ovocyte after it was inseminated at an unrelated facility in Virginia on June 12, 2019. (Ivan CouronneI/AFP/Getty Images)
US News

A white couple who were shocked when their baby born via IVF developed Asian features is suing the clinic after DNA tests revealed that there was zero chance the husband was the father, allegedly creating a rift in their marriage that led to divorce.

Drew Wasilewski and Kristina Koedderich, now divorced, are suing the Institute for Reproductive Medicine and Science at Saint Barnabas in New Jersey, where they had IVF treatment back in 2012.

A judge has ordered a fertility clinic to hand over a list of sperm donors, reported the New York Post, so that they can identify the father of their daughter, who was born in 2013.

The father also wants to know if he has become the father of other babies born by IVF in similar mishaps.

The couple initially dismissed the Asian likeness of the girl when she was first born, according to NJ.com.

But after a couple of years, they found she started to develop Asian features, leading Wasilewski to suspect his wife of having an affair.

In 2015, a DNA test revealed that there was zero probability that he was the father, according to the suit, as cited by the New York Post.

The clinic’s alleged negligence caused “the breakdown of the marriage between Kristina and Drew Wasilewski,” claims the suit.

“To go through all the shots, all of the treatments, spend all of that money, and be lucky enough to have a child but then find out it’s not 100 percent your child … it’s inexcusable. It should never happen,” Mazie said.

The couple said the effect on their marriage had been “horrific,” with the clinic initially denying it could be their fault.

“The hospital said this couldn’t possibly happen and there was no fault on their part,” Wasilewski told the Post. “I started wondering, ‘Has my wife been cheating on me? What on Earth is going on here?’”

A spokesperson for the clinic told the Post they are “thoroughly examining the alleged incident.”

“The integrity of our treatment processes are paramount and we are taking this matter very seriously,” they said.

Two years after the DNA test the couple are divorced, but are on amicable terms. Wasilewski says he still loves his daughter.

Mazie said, “The parents want to know whose sperm was used so they can learn about their now-6-year-old daughter’s genetic history—and in case she wants to have a relationship with her biological dad in the future.”

Wasilewski also wants to know what happened to the sperm he gave to the clinic, Mazie told NJ.com, and wants to know if he is the biological father to another child.

“I would very much like to be involved,” Wasilewski said. “I think, as children, you want to know who—who and where you came from. And—I believe I’m a very good person. And I’d like them to know who I am, as a person, learn about me as much as I learned about my mother and father…”