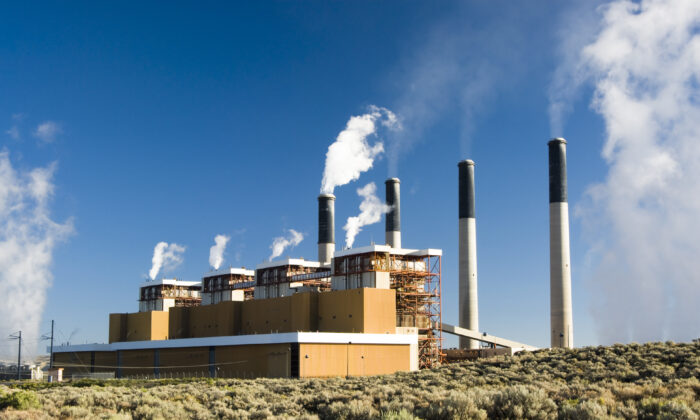 It’s Not Easy Being Green

With apologies to Kermit the Frog, it’s not easy being green.

The Supreme Court last week diminished the power of unelected bureaucrats to effectively make law. A 6-3 majority ruled the Environmental Protection Agency (EPA) does not have the power to set standards on greenhouse gas emissions from existing power plants. It said that’s up to Congress.

The ruling came while President Biden was in Europe promoting his green energy agenda, even while Germany announced it is firing up new coal plants to conserve gas because of supply shortages due to Russia’s cutback in gas deliveries to the Continent. This, while France gets 70 percent of its energy from nuclear power.

Despite these figures, the current administration is presiding over record-high gas prices, hoping they will force us into electric cars. Electricity doesn’t fall from the sky. It must be created by something, such as coal, oil, natural gas, nuclear reactor, wind, or solar power. The latter two are not available in sufficient quantities to drive 289.5 million American cars.

The Wall Street Journal carried a story last week about the rising cost of electric vehicles. General Motors has added $6,250 to the price of its Hummer electric pickup truck. That vehicle now costs between $85,000 and $105,000. Tesla has increased prices three times this year for a performance version of its top-selling Model Y SUV, raising it to $69,900. Ford has also increased prices on its EVs.

There are less expensive electric cars, but challenges remain. These include the availability of batteries. The lithium in them comes mostly from China. Do we want to underwrite more of the Chinese economy and its military at a time when Beijing is a threat to American interests? The last time I filled up my tank with gasoline it took me about two minutes (and cost $75, twice what it cost two years ago). While there are several variables, the time it takes to charge an electric vehicle, according to Carfax.com, ranges from less than an hour to 12 hours, depending on which of three charging levels one chooses.

Suppose you are stuck in traffic during an evacuation from a hurricane and your battery runs out of juice? If there is no charging station nearby, what do you do? If your vehicle stalls, a massive backup is likely to ensue and your plan to flee the hurricane will be thwarted with potentially disastrous results.

Technology should precede ideology, not the reverse. The Biden administration and its green allies want to force us into electric cars before most people can afford them and before they become as practical and convenient as gas-powered cars.

The next two elections, if Republicans play their cards right, should reverse this imposition of green energy ideology, get us closer to energy independence, allow technology to catch up and, more importantly, allow us the freedom to choose how we wish to transport ourselves.