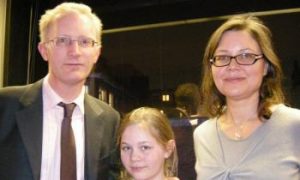 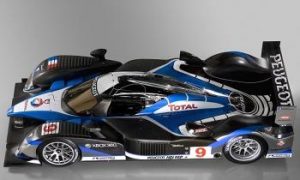 Peugeot to Face Off Against Audi, Acura at Sebring
0 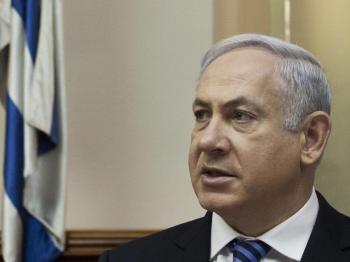 Israeli Prime Minister Benjamin Netanyahu attends the weekly cabinet meeting on January 30, 2011 in Jerusalem, Israel. Prime Minister Netanyahu told his cabinet that Israel must exercise responsibility and restraint towards the unrest in Egypt, and that Jerusalem's primary concern is to preserve the stability and peaceful ties with Cairo which have lasted for more than three decades. (Tomer Appelbaum/Pool/Getty Images)
Middle East

By Gidon Belmaker
Print
As the popular demonstrations in Egypt enter their second week, it is still unclear how it will impact the region. Israel, which could loose a key partner in the region if Egyptian President Hosni Mubarak's regime falls, is watching, trying to size the situation up.

In the weekly Cabinet meeting on Sunday, Israel's Prime Minister Benjamin Netanyahu, said that Israel's interest is to keep the status quo in the region.

"We are anxiously monitoring what is happening in Egypt and [elsewhere] in our region,” said Netanyahu adding that he conversed on the matter with President Obama, Secretary of State Hilary Clinton, and with others in the Israeli security establishment.

“Our efforts are designed to continue and maintain stability and security in our region. I remind you that the peace between Israel and Egypt has endured for over three decades and our goal is to ensure that these relations continue. Of course, at this time, we must show maximum responsibility, restraint, and sagacity and, to this end, I have instructed my fellow ministers to refrain from commenting on this issue,” he said.

The peace treaty between Israel and Egypt has been an important strategic component in Israel's regional security policy. The peace agreement, signed in 1979, neutralized the danger of a regional war like those that took place in 1967 and 1973. The Muslim Brotherhood, the largest opposition group to Mubarak's regime stated many times that if they ascend to power they will cancel the agreement.

There are different possible directions that Egypt could currently take, said Shmuel Even, researcher for the Institution for National Security Studies at Tel Aviv University. Even if Mubarak manages to survive the challenge to his rule, presidential elections are slated for 2011, so he will have to step down by then or earlier, said Even, adding that replacing Mubarak does not equate to replacing the regime. The group of generals running Egypt will not give up so easily and neither is there a demand from the protesters to replace the entire regime, he said.

“The wisest thing for Israel is to sit on the fence and wait and see,” said Even adding that Israel is not an issue in these demonstrations, rather it is the economic and social problems in Egypt that led to them. Israel’s getting involved could only negatively affect the situation, making it more complicated, he said.
Moshe Ma’oz from the Harry S. Truman Research Institute for the Advancement of Peace in the Hebrew University in Jerusalem agrees that it is too early to tell the fate of the regime.

The protesters do not have an organized leadership that can take control he said, adding that the only organized opposition is the Muslim Brotherhood, but they are not a main party in the demonstrations.

The army is at the center of power in Egypt, says Ma’oz. “The most important thing is what the high brass decides to do. Egypt is build on the military,” he said.

As long as the generals continue to rule the situation would not change significantly, he said.