Is Walking the New Running? 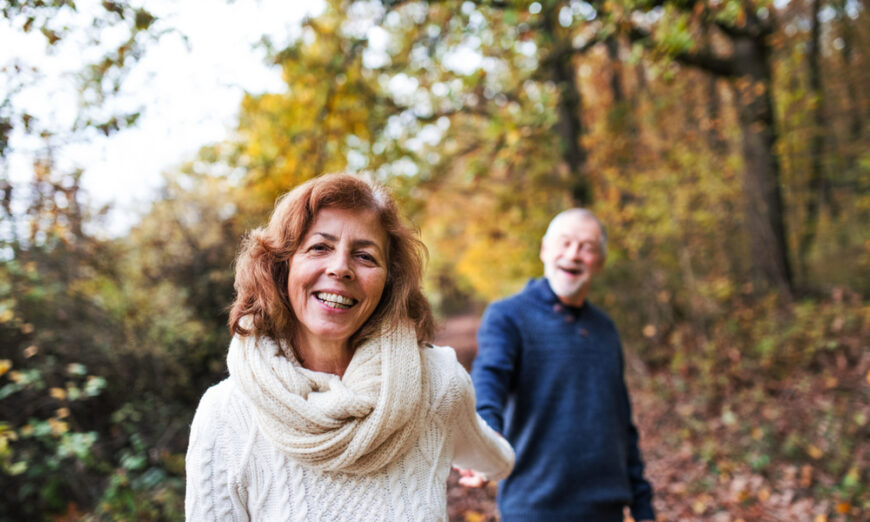 When you think of fitness walkers, do you conjure images of silver haired seniors getting their daily cardio? Or do you picture a younger person with bulging biceps, six-pack abs, and phone in hand carefully monitoring their step count? It turns out, both images would be representative of the millions of Americans who walk on a regular basis.

It’s little wonder then that the Centers for Disease Control deemed walking the most popular cardiovascular exercise in America. Between 2005 and 2015 the number of women who regularly walk increased from 57.3 percent of the population to 65.1 percent. For men, the percentage increased from 54.3 to 62.8.

Casual observation suggests at least some of these newbies tend to skew younger and it’s not unusual for some to also be heavy lifters or fitness competitors. Take, for example, social media influencer Thomas DeLauer, a longtime advocate of walking as a means to achieve fitness and body composition goals. Also a NSCA certified personal trainer, DeLauer said he has observed a growing number of his contemporaries and clients who have turned to walking as their preferred mode of exercise. And he thinks he knows why.

“Walking became a lot more popular during COVID. It was something people could do even though gyms were closed,” he said, explaining the uptick of younger walkers. Still, DeLauer, who once weighed 300 pounds, also cited the appeal of walking’s lower impact compared to other high impact exercise such as running.

Even though an hour of walking burns significantly fewer calories than an hour of running, overweight individuals in particular may find it more doable simply because those extra pounds will significantly increase impact, particularly when running on a hard surface.

“When I was 300 pounds, running wasn’t even in the cards. There’s no way I could run at that weight,” DeLauer said. “But I could walk.”

Dr. Robert Parisien, a sports medicine specialist at Mount Sinai, also approves of walking as a weight loss tool. “If someone is walking on a consistent basis—let’s say 30 to 45 minutes per day—while maintaining a healthy, nutritious diet, it’s certainly not only viable but a wonderful way to manage weight,” he said.

Though muscle is generally regarded as an optimal fitness marker, Dr. Parisien said the added weight will still increase impact when exercising. “Muscle is a higher density than fat so they have excess weight even though they’re actually in good shape and well-conditioned,” he said, describing why bodybuilders may choose walking over running.

Overall, there’s a simple test that can help exercisers decide between running and walking.

“Running is a high impact sport,” he said. “So for a patient who experiences pain while running, I always recommend a lower impact type of exercise such as walking.” When done on a regular basis, he said, walking benefits the cardiovascular and pulmonary systems.

“With any cardiovascular activity,” he said, “the key is consistency.”

He pointed out that when pain causes runners to relinquish their chosen sport, it’s important they replace it with another activity, not only to benefit their physical health but their mental health as well.

“There’s a very large mental health component to all of this. It’s very important for mental health reasons that they stay active,” he said of people who may have to forgo running or some other type of exercise habit.

“So, for individuals who may have some joint concerns or even ortho-arthritic changes,” he said, “I can see how walking, being lower impact, would help patients with their physical symptoms along with their mental health.”

DeLauer, who offers professional fitness and weight loss coaching via his namesake website, can also attest to the mental health benefits of regular exercise. “Back when I weighed 300 pounds, I was depressed,” he said, explaining that one of the few things he found uplifting during this time was spending time with his dogs, which prompted him to begin walking them on a regular basis.

As he began to reap the benefits of regular walking, his fitness program evolved to include strength training and major diet changes. He soon found his depression disappearing along with the extra pounds—all 100 of them. Now, 12 years later, he continues to maintain his weight loss along with the dog walking habit. He also opts to walk instead of drive to shops and restaurants, usually with his family in tow.

“I would argue that one of the reasons I stay so lean year-round is because I go on a lot of walks,” he said. He offers this advice for anyone looking to begin a regular regimen of walking, “If you make walking fun, by the end of the day you’ll look at your step count and go ‘whoa! I walked 20,000 steps and it didn’t even feel like a workout.’”

Looking to hit the ward? NSCA certified trainer and nutrition coach Thomas DeLauer shares his best tips to help get you on your way.