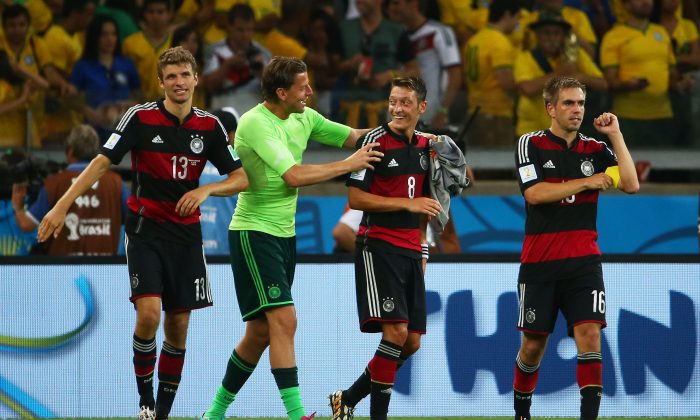 Is Tiki Taka Boring, Dead, and Over? No, With Most Completed Passes in World Cup 2014, Germany Takes Tiki Taka to the Next Level

PORTO SEGURO, Brazil—Germany has taken the “tiki-taka” passing game so intrinsically used by Spain to another level at the World Cup in Brazil, by adding ruthless efficiency to the possession philosophy.

Spain beat Germany in the final of the 2008 European Championship and again in the semifinals of the 2010World Cup.