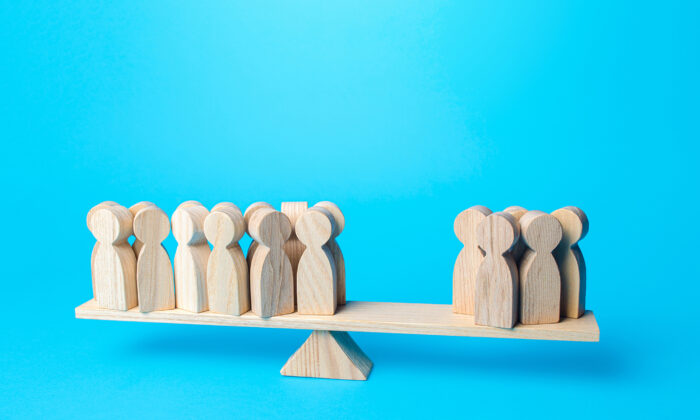 Is the ‘Red Wave’ Fading?

People who follow politics are familiar with the scenario. When a Republican “wave” appears likely, or a Republican presidential candidate develops a significant lead over the Democrat candidate, the media begin reporting “stories” that the wave is receding, and the Democrat is gaining ground.

Television networks prefer close races because it adds to ratings. For once influential newspapers, it used to help sales.

Are these claims true? It doesn’t matter to the media. A majority of journalists identify as liberals/Democrats. Neither does it matter how often polls are wrong. Like people who rely on psychics to tell them what they want to hear (“you will meet a tall, dark stranger”), accurate polls depend on the way the questions are asked, and the understanding people have about candidates and issues. They also depend on the size and political balance of the sample.

The most recent inaccurate polls occurred in the 2020 race between Hillary Clinton and Donald Trump. Pollsters had the largest margin of error in 40 years. In 1980, polls showed Jimmy Carter beating Ronald Reagan by six percentage points, according to a study by Vanderbilt University.

Now, the usual pro-Democrat newspapers, cable and broadcast networks are “reporting” on polls (in some cases commissioned by themselves) that show a red wave may not happen and Democrats might even produce a “miracle,” holding on to their slim congressional majority. Such polls also can have the effect of depressing Republican voter turnout. Why vote, goes the thinking, when it appears the result is already determined.

President Biden’s student loan “forgiveness” policy, meant to appeal to the youth vote, is just another way to influence polls. Democrats don’t care about counting costs, only counting votes. Consider how no one—not the White House press secretary, not the Secretary of Education, not even the president—can tell taxpayers, who will foot the bill, how much loan forgiveness will cost.

We are told that abortion will motivate Democrats and some Republicans to vote for Democrats. Perhaps in some states where the electorate is closely divided, but the economy continues to be the main issue for most voters. Despite the administration claiming credit for a decline in gas prices, inflation remains the highest it’s been in 40 years, along with record high prices for food and other necessities. Notice the sleight of hand: administration officials deny blame when prices increase but claim credit when some prices go down.

Then there is the name-calling, which apparently Democrats think will motivate their base. The media seem mostly fine with this, though the president promised to unite us. Instead, he labels 70 million Trump voters “MAGA Republicans” and “semi-fascists,” but can’t define either term. If some voters were turned off by Donald Trump’s name-calling, why would they not also be offended by the president throwing mud?

Predicting the future is problematic at best. History has shown that many voters either clam up when asked their opinions by pollsters or say things they don’t mean to avoid being labeled “racist” or “intolerant,” labels the left so readily apply to conservatives.

People should realize that a lot of this is the result of poll testing. Politicians get together (on both sides) and decide what the voters want to hear, then they fan out on TV and spout identical phrases. Listen to the montages some of the cable networks play and notice how each person interviewed repeats the same lines. This is not a coincidence.

It is difficult to believe that voters swimming in a red wave of anger and disgust at the Biden administration and what congressional Democrats have done will suddenly reverse course and either vote for the status quo or stay home, but that’s the goal of Democrats. We’ll know in two months whether it has worked, but polls are the least reliable indicator.