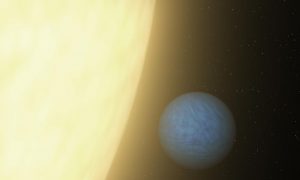 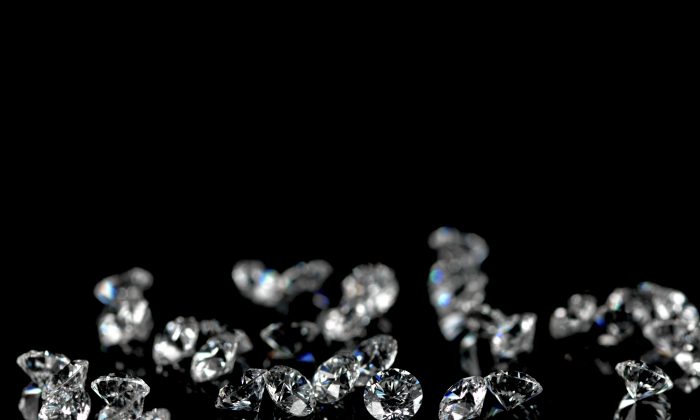 Is the Deep Earth Churning Out Tiny Diamonds?

Diamonds may not be quite as rare as you think, scientists report.

“Diamond formation in the deep Earth—the very deep Earth—may be a more common process than we thought,” says Johns Hopkins University geochemist Dimitri A. Sverjensky, whose research on the subject appears online in Nature Communications.

The findings “constitute a new quantitative theory” about how diamonds come to be, according to the researchers. Still, that theory isn’t going to make engagement rings any cheaper.

For one thing, the prevalence of diamonds near the Earth’s surface—where they can be mined—still depends on relatively rare volcanic magma eruptions that raise them from the depths where they form. For another, the diamonds considered in Sverjensky’s studies are not necessarily the stuff of romantic betrothals, unless the ring recipient has a microscope. Most of the gems would be only a few microns across and not visible to the unaided eye.

Using a chemical model, Sverjensky and graduate student Fang Huang found that diamonds can be born in a relatively simple natural chemical reaction. Specifically, the model—yet to be tested with actual materials—shows that diamonds can form with an increase in acidity during interactions between water and rock.

The common understanding up to now has been that diamonds are formed in more complex processes involving the movement of fluid and either the oxidation of methane or the chemical reduction of carbon dioxide. Oxidation results in a higher oxidation state, or a gain of electrons. Reduction means a lower oxidation state, and collectively the two are known as “redox” reactions.

“It was always hard to explain why the redox reactions took place,” says Sverjensky, a professor of earth and planetary sciences. The reactions require different types of fluids to be moving through the rocks encountering environments with different oxidation states.

The new research shows that water scores of miles underground could produce diamonds as its pH falls naturally—that is, as it becomes more acidic—while moving from one type of rock to another, Sverjensky says.

The finding is one of many in about the last 25 years that expands scientists’s understanding of how pervasive diamonds may be, Sverjensky says.

Nobody has yet put a number on the greater abundance of diamonds, but Sverjensky says scientists are working on that with chemical models. It’s impossible to physically explore the environment at which diamonds are created. It happens roughly 90 to 120 miles below the Earth’s surface at intense pressure and at temperatures about 1,650 to 2,000 degrees Fahrenheit.

Exoplanets Made of Diamonds: Do They Exist?

4 of the World’s Largest Diamonds

The deepest drilling exploration ever made was about 8 miles or 9 miles below the surface, Sverjensky says.

If the study won’t shake the diamond markets, it promises to help shed light on fluid movement in the deep Earth, which helps account for the carbon cycle on which all life on the planet depends.

“Fluids are the key link between the shallow and the deep Earth,” Sverjensky says. “That’s why it’s important.”

The Sloan Foundation through the Deep Carbon Observatory and a U.S. Energy Department grant supported the work.