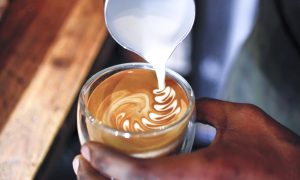 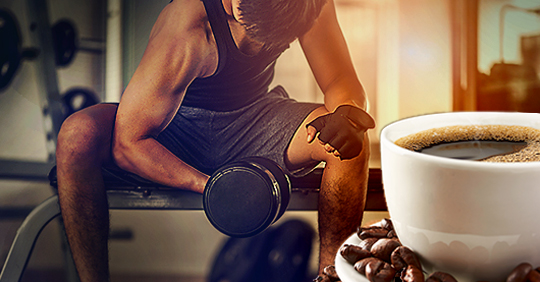 Is Coffee a Pre-Workout Drink That Improves Eyesight? What Else Does It Do?

Whether you need it to wake up, stay productive, or you simply love the taste, coffee is here to stay. An estimated 80 percent of Americans drink the roasted bean beverage; many of us can’t even start our day without that kick of caffeine.

But have you ever wondered what actually happens to your body when you drink coffee? No matter how you take it—latte, cold brew, espresso—coffee works through your entire system. It affects a host of processes in your body, including digestion, metabolism, and vision. It makes you feel more awake, focused, and energetic; but too much can also backfire.

Here are 7 things happening under the surface when you’re enjoying your morning brew:

After 10 Minutes: Your Heart Beats Faster

It takes as few as 10 minutes for caffeine to enter the blood stream and start working after drinking coffee. You may experience a short but dramatic increase in blood pressure and heart rate.

Although caffeine usually doesn’t have any long-term effects on your blood pressure, you should nonetheless ask your doctor whether you should limit or stop drinking caffeinated drinks if you have high blood pressure. If you’re concerned about caffeine’s effects on your heart and blood vessels, try limiting the amount you consume to 200 milligrams a day—about the same amount as is generally in two 8-ounce cups of brewed coffee.

Within 20 minutes of drinking coffee, the caffeine causes adrenaline to flood your body. Adrenaline causes the “fight or flight” response, a survival mechanism that forces you to make quick decisions when dealing with an immediate threat. The fight-or-flight mechanism gives you a mild boost to attention and reaction, allowing you to think faster.

However, when caffeine puts your brain and body into this hyper-aroused state, your emotions may overrun your rational behavior. It may assist in catching that morning subway when you’re running late, but won’t necessarily help writing that cordial email to your boss.

Many people start their day with coffee because it actually makes them happier on a chemical level. Following that adrenaline rush, dopamine, the “happy hormone” is released. This can elevate our moods and increase feeling of happiness.

The fact that caffeine triggers certain brain chemicals also explains why coffee can be so addicting. For daily drinkers, it can create dependence similar to the way cocaine does, resulting in withdrawal symptoms: waking up grumpy, and getting headaches when going without their morning happy drink.

If you wake up blurry-eyed and then feel like your vision improves after downing a cup of Joe, you’re not imagining things. Thanks to the fight-or-flight mechanism, your pupils dilate slightly, and you might actually have sharper vision for a short period of time.

In fact, raw coffee contains 7 to 9 percent chlorogenic acid (CLA), a strong antioxidant that may potentially protect against deteriorating eyesight and even blindness. In a 2014 study, CGA was shown to block hypoxia (deprivation of oxygen); and as the retina is one of most hypoxia-prone areas of the body, drinking coffee might help lower the risk of retinal damage.

When caffeine stimulates the nervous system, which sends direct signals to the fat cells, telling them to break down fat, fat is released into the bloodstream. This becomes free fatty acid that provides direct fuel for the muscles. At this point, physical activities become less exhausting since there’s a lot of fuel for the muscles to use, nor will they tire easily. That is the reason why some body builders choose coffee as a pre-workout drink. Caffeine also accelerates metabolism; when your body burns fat more efficiently, your muscle strength gets a boost, making you feel a bit more powerful.

After about 4 hours of downing that cup of coffee, the effects of the caffeine start to diminish. The feeling of energy you have starts to wear off, not necessarily because you have less energy but because your body is leaving the fight-or-flight mode it was in. If you find your energy dipping later in the day, that morning cup of coffee may well be to blame.

Although you may crave coffee for an afternoon energy boost, it’s a bad idea to pour yourself another cup, as you may regret the decision come bedtime. Caffeine intake after 2pm means you might sacrifice your good night’s sleep. That may lead to a cycle of further compounding your afternoon sleepiness problem down the road. So, if you have to down something to keep your eyes open, try some fresh fruit. Fruit has sugars for a quick energy burst, but they don’t boost your glucose levels as much as say, candy, so you won’t crash and burn. Fruits packed with vitamin C, such as oranges and pineapple, will help your body convert fat into energy and ward off fatigue.

If you choose the coffee shop for your first date, the last thing you want to do is drink your coffee too fast. That will leave you heading for the bathroom, interrupting meaningful together time or, worse, making a bad impression. Caffeine stimulates the bladder and the bowels, which means that the more the stimulant is consumed, the greater desire is to urinate. Caffeine also increases blood flow to the kidneys and at the same time reduces absorption of water and sodium. This results in the body’s increased urgency to get rid of liquid—something to avoid for people with irritable bowel syndrome.