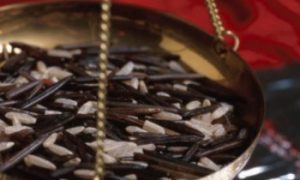 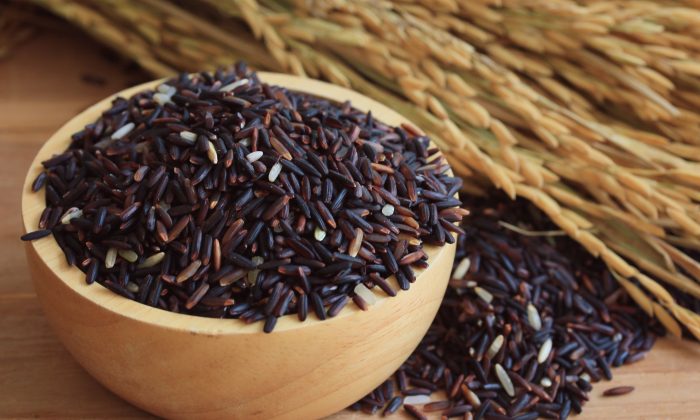 Black rice is growing in popularity as more people catch on to its potent antioxidant profile. (Thanthima Lim/Shutterstock)
Life & Tradition

Is Black Rice the Superfood You Need to Try?

Blueberries don’t have a thing on black rice. Did I say black rice? You bet I did.

Rice isn’t just red, white, or brown. Black rice exists, too. Long called the “forbidden rice” or “emperor’s rice,” it’s an uncommon variety of rice that’s growing in popularity. Its nicknames come from a long history—word has it that it was initially only served to dignitaries and leaders in the Far East to encourage health and longevity.

These days, however, black rice is available to all. You can find it in many grocery stores and restaurant dishes across the country. It costs a little more than other varieties, but that’s because it’s a bit harder to produce; black rice crops only yield about 10 percent of what some white rice varieties can produce.

Research from Japan suggests that black rice originated, along with other colors of cultivated rice, about 10,000 years ago. Black rice began showing up occasionally as a mutation, where a specific gene causes the plant to produce large amounts of anthocyanin, and farmers began to specifically cultivate it. Its nutrient makeup, like its color, makes black rice very unique.

Anthocyanins are the nutrient that gives black rice its power. Anthocyanins are the same antioxidants that give blueberries, blackberries, acai berries, and eggplant their deep dark hues. Black rice has more anthocyanins than blueberries, which are widely regarded as one of the healthiest foods you can eat. Compared to whole-grain brown rice, black rice is also high in vitamin E and an excellent source of fiber to promote digestion and heart health.

But the anthocyanins are what make this grain truly unique. Anthocyanins have the potential to promote heart and brain health by limiting inflammation, lowering cholesterol, and reducing the risk of heart disease and dementia. And, generally speaking, they don’t typically show up in grains!

Next time you head to the grocery store, treat yourself like an emperor and pick up some black rice. It’s a versatile grain, popular in many East-Asian dishes, and it can add some new flavors to your routine.