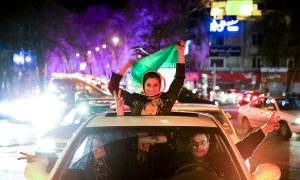 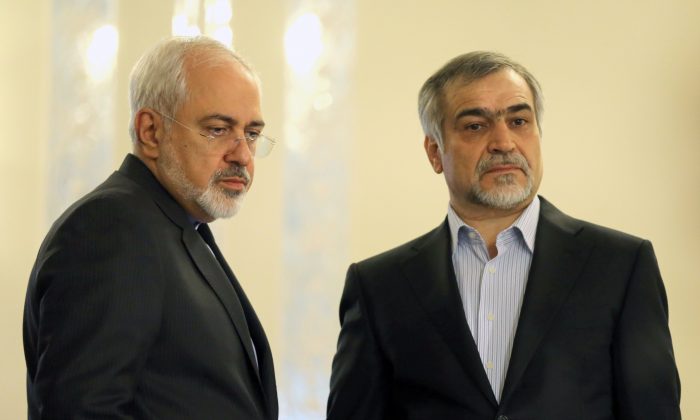 Iran, Not ISIS, Is the Real Menace

Whereas the international focus today is on how to counter violent extremism, which is behind many of the violent conflicts sweeping the Middle East, the real destabilizing power and sponsor of terrorism in the region and beyond is Iran.

Unlike violent extremists and religious fanatics such as ISIS, which can be degraded and even destroyed, the same cannot be said about Iran. Tehran continues to export its revolutionary zeal by supporting terrorism and radical organizations such as Hamas and Hezbollah, providing direct financial and military assistance to radical Shiite militias, and maintaining through subversive activities its strong hold on Iraq, Syria, and Lebanon.

In an effort to convert Yemen into another Iranian satellite in the Arabian Peninsula, Iran was quick to exploit the war-torn country by providing logistical support, money, and military hardware to the Shiite-leaning Houthis.

Iran, whose ambition is to become the region’s hegemon, is gradually consolidating its gains and firmly progressing toward achieving its national objective by whatever means, including the use of force, insurrection, and terrorism.

Given Iran’s long, rich history of magnificent past achievements, its natural resources, geographic location, enlightened population, and still-untapped potential, one would think that Iran would have chosen to project “soft power” to achieve its desired regional prominence.

The mullahs, however, chose a different path because they recognize their own shortcomings as a revolutionary regime that lacks a defined national identity, and as a predominantly Shiite state suspected and even reviled by Sunnis in the region and beyond.

In addition, fearful of regime change and concerned about an organized domestic opposition that would attempt to overthrow the regime, the mullahs concluded that Iran’s revolutionary zeal is the only path that will secure its foothold in the region.

Given the inherent animosity and distrust between the Shiites and Sunnis that was revived in the wake of the 2003 Iraq war, the mullahs know that they will be rejected by the Arab world and their brand of revolution will not be acceptable.

This also explains why Iran, with or without a final agreement on its nuclear program, remains committed to acquiring nuclear weapons to deter other powers from attacking it and also be in a position to subordinate other states in the area.

Moreover, because of Iran’s desire to distract the attention of the international community from its mischief, it has systematically exacerbated regional conflicts not only in its immediate vicinity (Bahrain, Yemen) but also farther away, especially the Israeli–Palestinian conflict.

In sum, in spite of the economic hardships and domestic and international pressure, the Iranian regime hijacked the country’s human and material resources in its effort to become a regional powerhouse. Tehran will simply not stop exploiting every opportunity and using heinous means to achieve its objectives unless confronted by major players in and outside the region.

To understand how far Iran would go, its constitution says it all. The preamble states that it “shall pave the way for the perpetuation of the Islamic revolution within and outside the country … [and seek] to lay the ground for the creation of a single world nation … the army will be entrusted with the task not only protecting and preserving our borders, but also an ideological mission … Jihad in the name of God and the world.”

Although President Obama’s eagerness to prevent Iran from acquiring nuclear weapons is admirable, the fact that the Parameters for a Joint Comprehensive Plan of Action regarding Iran’s nuclear program, which was just concluded in Lausanne, is not linked to Iran’s threatening behavior is troubling, as Iran will continue to feed into the region’s violent turmoil.

It is understandable that because of domestic opposition, national pride, and what would have been interpreted as indirect admission of its subversive activity, Tehran adamantly refused to link the easing of the sanctions to anything else but the nuclear program.

That said, Iran cannot have it both ways. There is no better time for the United States to insist quietly that the extent and the speed of easing the sanctions will be linked not only to Iran’s compliance to the provisions of the agreement, but also to its behavior.

The Arab states, which recently announced the formation of a unified Arab military force, must now demonstrate their capability to form robust, combat-ready forces, equipped with the most modern military hardware that can be projected anywhere to deal with any threat in the Middle East.

Iran will take such a military force seriously only if the joint command demonstrates the resolve and credibility to engage any enemy, including Iran, to prevent encroachments into Arab territory.

Saudi Arabia, which is engaged in a proxy war against Iran in both Syria and Iraq, made an extremely important strategic move to bomb Houthi encampments in Yemen. This was necessary and timely to send a clear warning to Iran that the Arab states will not tolerate its continued infringement and are intent to stop it.

The European Union, which is eager to resume business with Iran once the agreement on its nuclear program is finalized, must also link future business contracts, purchases, and transport of Iranian crude oil and gas to Iran’s behavior.

The EU and the United States must insist that Iran, which has tremendous leverage on the Assad regime, modify its stance on Syria and play a constructive role to assist in bringing a political solution to end the tragic civil war. By being part of the solution, Iran can maintain—if not strengthen—its influence in Syria.

Having a common strategic interest to check Iran’s regional intrusion and blunt its efforts to acquire nuclear weapons, Israel and the Arab states should continue to share intelligence and even collaborate if directly threaten by Iran.

The nuclear deal may in fact embolden Iran to continue its subversive activities. But it can also allow Iran to turn a page in its relations with the international community and harness its huge human and material resources to become a constructive player on the global stage.