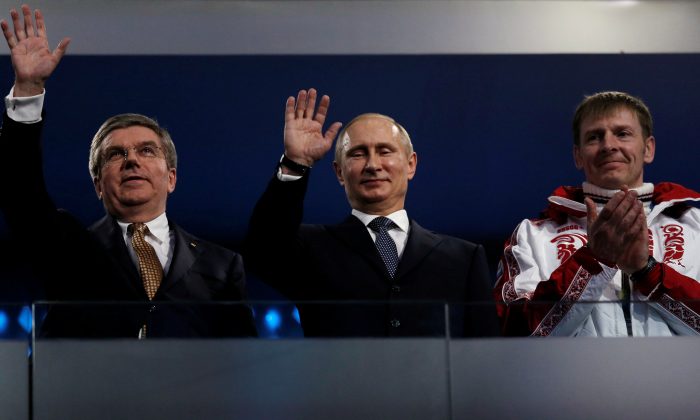 MOSCOW—Two Russian bobsledders, including double gold medalist Alexander Zubkov, and two speed skaters have been banned for life from the Olympics over doping violations at the 2014 Sochi Games, the International Olympic Committee (IOC) said on Friday.

The other athletes banned include bobsledder Olga Stulneva, as well as speed skaters Olga Fatkulina, who won silver in the 500 meters in Sochi, and Alexander Rumyantsev.

The IOC said it had voided the athletes’ results from Sochi, stripping Zubkov—now president of Russia‘s bobsleigh federation—and Fatkulina of their Olympic medals.

The IOC decision raises to 14 the number of Russian athletes banned this month as part of an investigation into allegations of widespread doping among Russians and sample tampering by laboratory and security officials at the Sochi Games.

Russia were first in the medal table at the end of the Games but the latest IOC decision now brings down their number of gold medals to nine, behind Canada and Norway.

The president of Russia‘s speed skating federation, Alexei Kravtsov, told the Interfax news agency it would appeal the decision to ban Fatkulina and Rumyantsev at the Court of Arbitration for Sport (CAS).

Zubkov, who was Russia‘s flagbearer at the Sochi Olympics, could not immediately be reached for comment.

The IOC has been re-testing all Russian athletes’ samples from the 2014 Games following disclosures by Grigory Rodchenkov, the former head of Moscow’s suspended anti-doping laboratory, of a scheme to cover up home competitors’ positive samples.

The IOC is set to decide next month on the participation of Russian competitors at the winter Games in Pyeongchang in South Korea in February.