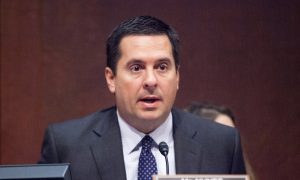 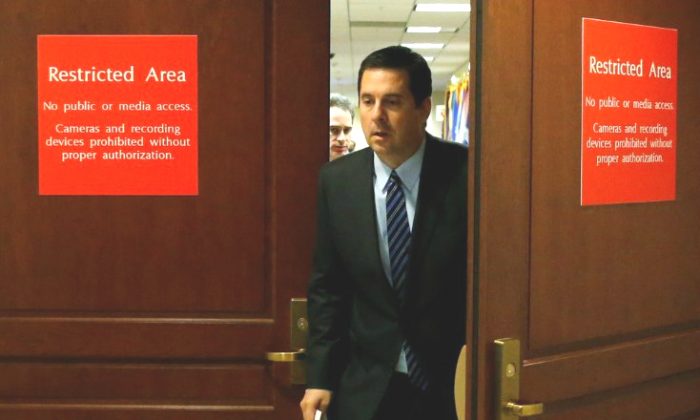 WASHINGTON—A mystery rooted in President Donald Trump’s claim that he was wiretapped by then President Barack Obama during the 2016 election campaign deepened on Monday with the disclosure that a top congressional Republican reviewed classified information about the charge on the White House grounds.

In a separate development, Trump’s son-in-law, Jared Kushner, a top White House adviser, has volunteered to testify before the U.S. Senate Intelligence Committee’s investigation into whether Russia attempted to interfere in the Nov. 8 U.S. election, a White House spokesman said.

Rebecca Glover Watkins, a spokeswoman for Intelligence Committee Chairman Richard Burr, said that Kushner has been called to testify. The timing for his testimony was unclear.

U.S. Representative Devin Nunes, chairman of the House of Representatives Intelligence Committee, visited the White House the night before announcing on Wednesday that he had information that indicated some Trump associates may have been subjected to some level of intelligence activity before Trump took office on Jan. 20.

Nunes spokesman Jack Langer said in a statement that Nunes “met with his source at the White House grounds in order to have proximity to a secure location where he could view the information provided by the source.”

It was the latest twist in a saga that began on March 4 when Trump said on Twitter without providing evidence that he “just found out that Obama had my ‘wires tapped’ in Trump Tower just before the victory.”

Nunes told reporters on Wednesday that he had briefed Trump “on the concerns I had about incidental collection and how it relates to President-elect Trump and his transition team and the concerns that I have.”

After an uproar over the allegations and the fact that he briefed Trump first before members of his own committee, Nunes apologized on Thursday for the way he handled the information.

A congressional source said congressional investigators have questioned agencies directly to try to find out what intelligence reports and intercepts Nunes is referring to, but that as of Monday the agencies were still saying they did not know what Nunes was talking about.

The Washington Post reported on Monday that Nunes was on his way to an event late Tuesday when he left his staff and went to review classified intelligence files brought to his attention by his source, whom he has not identified.

Nunes and some other Republicans have focused much of their concern over the investigation about the possibility that some Americans’ names have been improperly “unmasked” and released to the public in leaks about the investigation into Moscow’s alleged interference in the election.

Nunes spokesman Langer cited concerns about the exposure of citizens’ names in his statement.

“The chairman is extremely concerned by the possible improper unmasking of names of U.S. citizens, and he began looking into this issue even before President Trump tweeted his assertion that Trump Tower had been wiretapped,” Langer said.