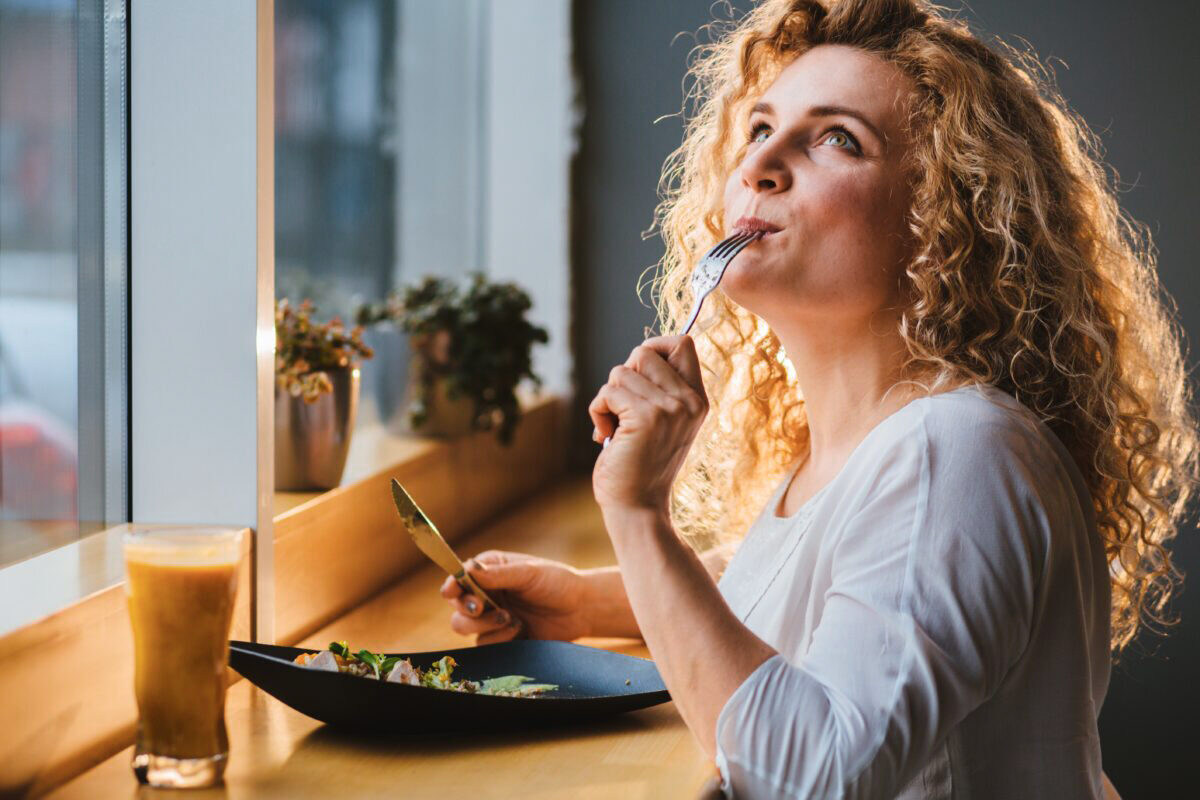 For some time, the disease of obesity and diabetes were debated in a chicken-or-egg fashion. Behind both of these health problems is insulin resistance, and this hormonal dysfunction has a surprising cause. (Iryna Inshyna/Shutterstock)
Health Conditions

The Surprising Causes Behind the Insulin Resistance Epidemic

The fact that insulin resistance has become a global pandemic is also a topic of recent debate. Insulin resistance is a worrisome culprit in diseases from obesity to pre-diabetes to type 2 diabetes, to dementia.

But what is the root cause of insulin resistance?

“Insulin resistance is a pandemic that you’ve never heard of,” said Dr. Benjamin Bikman, a scientist and researcher at Brigham Young University, one of the nation’s top private research universities.

The seriousness of the insulin resistance situation in recent years is even more evident from a study published in the Journal of Epidemiology and Global Health by UAE University in 2020.

In countries with high prevalence, more than one in 10 people have type 2 diabetes. The more economically developed the region, the higher the diabetes prevalence. Despite a series of public health measures, the prevalence in some developed countries is still significantly increasing, and its growth trend shows no signs of slowing down.

In addition, many people people experience insulin resistance, some even for many years, without any awareness. When one day, their blood test results show abnormalities, it may have already developed into pre-diabetes or diabetes, and even with other chronic diseases and complications. It is only then that they are shocked: the insulin resistance that was quietly latent in their bodies has developed into a stubborn disease.

A Silent Warning from the Pancreas

Right behind your stomach and next to your liver, there is an organ that looks a bit like a corncob: the pancreas.

The pancreas is a perfectionist. At all times, in order to keep blood sugar at a normal level, the amount of insulin it produces is precise, no more and no less.

However, when insulin resistance occurs, the cells become less sensitive to insulin. The original amount of secreted insulin will no longer be sufficient to lower blood sugar. At this point, the pancreas is under pressure to lower blood sugar, so it desperately tries to produce more insulin to accomplish its task.

We can make an analogy with the economy. The system of insulin and blood sugar balance in a healthy person is like a healthy economy. Insulin resistance is like inflation. For instance, the pancreas can lower the blood sugar level by a certain amount by shelling out one “insulin coin.” However, with insulin resistance, it takes 10 “insulin coins” to accomplish the same effect.

At first, everything about the body looks fine, and the blood sugar is within the normal range. Nevertheless, inside the body is a different story: the pancreas has been overloaded for a long time, and its insulin production capacity is maximized, and eventually fasting blood glucose will start to rise.

The Surprising Reasons for Insulin Resistance

Many people believe that insulin resistance is due to excessive consumption of sugar and sweets or obesity; and that the solution is to eat a lot of vegetables, low glycemic index fruits, and reduce the intake of refined carbohydrates.

Unbeknownst to them, there are some hidden and unknown key factors that cause insulin resistance.

When you eat apples to lower blood sugar, you might have actually ignored the pesticides on the apple peels. These pesticides can trigger insulin resistance, directly increasing the risk of diabetes.

Pesticides are commonly used in the commercial scale production of modern agricultural products. The three main effects of pesticides are insecticide, bactericide, and herbicide. Although all countries have set upper limits for pesticide residue levels in food, pesticide residues are present in more or less all fruits and vegetables that people buy on the market. When taking care of your own yard, you may also be exposed to pesticides, such as insecticides, and herbicides.

Pesticides are not well metabolized or excreted by the human body, and even small doses can accumulate in the body over time. Pesticide residues have been extensively measured in human blood, body fat, and breast milk.

The National Health and Examination Survey 1999-2002 found that more than 80 percent of people had six chemical contaminants in their blood, most of which were commonly used chlorinated pesticides and herbicides.

Researchers further found that the risk of diabetes spiked as the level of pesticides in blood increased.

Such a significant association is enough to challenge epidemiological studies.

Environmental hormones are also called endocrine-disrupting chemicals (EDCs). Since the molecular structure of these substances is similar to that of endocrine hormones, if they enter the body, the body will consider them as “its own” and act according to their instructions. This results in endocrine system disruption and dysfunction of bodily functions.

Environmental hormones are hidden in all corners of life. They can be found in various decorative materials, plastic cups and bottles, take-out containers, food wrappers with plastic lamination, cans with inner coatings, cleaning agents, cosmetics, toothpastes, lipsticks, hand sanitizers, and other everyday items. People are surrounded by environmental hormones, while being unaware of their dangers.

A review published in The Lancet in 2020 highlighted the association of environmental hormones with numerous non-infectious diseases, such as obesity, type 2 diabetes, thyroid disease, neurodevelopmental disorders, hormone-dependent cancers (e.g. breast cancer), and reproductive disorders. It also calls for the reestablishment of regulatory requirements and standards for such substances, to reduce people’s exposure to them.

Several of the environmental hormones that we commonly encounter in life include:

Phthalates are one of the most commonly used plasticizers. They are the plasticizers for PVC plastic products, and since they don’t chemically bind to PVC, they can continue to transfer into the environment. Although phthalates can be metabolized by the human body in the short term through urine and blood, the reality is that we are constantly exposed to these substances through our exposure to plastic products.

They can induce fat formation and inflammatory responses in the body, increase insulin resistance and contribute to the development of type 2 diabetes. People with high urinary phthalate concentrations are 48 percent more likely to develop type 2 diabetes.

Bisphenol A (BPA) is probably one of the most produced chemicals in the world. It may not occur to you that the receipt you get when you purchase something also contains BPA, which can enter your body through skin contact and breathing. It can also seep into food from containers and eventually be eaten by you.

Some French researchers followed 755 healthy individuals for more than nine years. The results showed that people with progressively higher levels of BPA in their urine had a 56 percent to 156 percent increased risk of developing type 2 diabetes, compared to those with the lowest levels.

Perfluoroalkyl substances (PFAS) are a large group of man-made fluorochemicals, mainly including perfluorooctanoic acid (PFOA) and perfluorooctanesulfonic acid (PFOS). They are found on the inside coatings of non-stick pans and cans, as well as on the wrappers of hamburgers. They are also found in our hand soaps and body wash. Unlike plasticizers, which can be metabolized relatively quickly, PFASs are heat and acid resistant, and very resistant to degradation, and they can accumulate and remain in the human body for years. Some types of PFASs can even pass through the placenta and enter the fetus.

Researchers in the United States conducted a decade-long study on nearly 1,000 people and found that doubling the amount of PFOA in a person’s blood was associated with a 14 percent increase in the risk of diabetes.

However, another conclusion of this experiment is also worth noting: If one adopts a healthier lifestyle, such as weight control, diet modification ,and proper exercise, then even if the concentration of these substances in the blood increases, the risk of getting diabetes does not increase.

This shows that although environmental hormones are accumulating around us, we can still protect ourselves from harm through a healthy lifestyle.

Triclosan is used as an antibacterial preservative in toothpastes, hand soaps, body wash, and many other cleaning products. Triclosan disrupts bacterial lipid synthesis and cell membrane integrity, thereby inhibiting the growth of microorganisms. However, if we brush our teeth, shower, and wash our hands with products containing triclosan, then this environmental hormone will enter our body through our oral mucosa and skin and affect our hormone secretion.

Another preservative, paraben, is also antibacterial and relatively inexpensive, so it is commonly used as a preservative in daily necessities and even in food and medicine.

Parabens have estrogen-like effects. After entering the human body, they are stored in adipocytes together with natural estrogen, thus increasing the overall estrogen level in the body. The accumulation of estrogen in the body not only disrupts the body’s fat and sugar metabolism, making people more susceptible to diabetes, but also increases the risk of breast cancer.