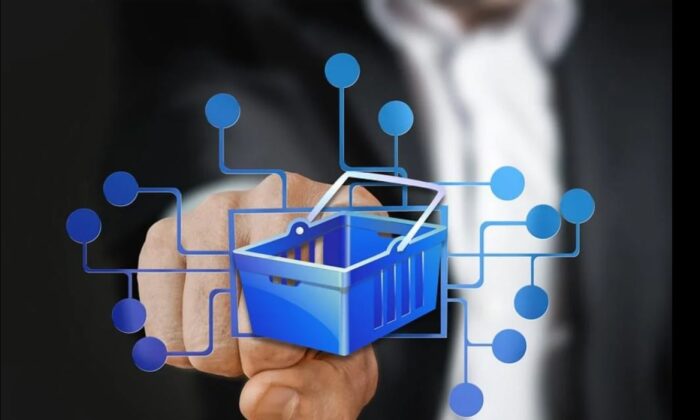 Instacart was founded in 2012 with a simple mission—to become the Amazon Prime of grocery delivery. In 2021, the company boasts nearly 10 million active users and over 500,000 “shoppers,” Instacart’s term for its delivery drivers. It finally turned in its first profitable month during the COVID-19 pandemic, in April 2020.

The thing is, though, physical grocery stores haven’t disappeared. Instacart is well aware of this, and it’s charting a path into physical retail with the $350 million acquisition of Caper AI, a startup that builds smart cart and cashier-less checkout technology. The acquisition is part of Instacart’s “B2B2C” retail technology strategy that it hopes will allow it to compete with the likes of Amazon, which offers similar innovations.

“Over the years, Instacart has continued to expand its retailer enablement services, helping brick-and-mortar grocers across North America move their businesses online, grow and meet the evolving needs of their customers. As we look ahead, we’re focused on creating even more ways for retailers to develop unified commerce offerings that help address consumer needs across both online and in-store shopping,” said CEO Fidji Simo.

“That’s why we’re thrilled to welcome the Caper AI team to Instacart,” she continued. “We share the same goal of equipping retailers with new and innovative technologies that help them succeed in an increasingly competitive industry, while also providing customers with the best possible experience. We’re excited to bring Caper’s leading smart carts and smart checkout platform to more retailers around the world, as we all reimagine the future of grocery together.”

Caper’s smart carts also create a more personalized shopping experience. The carts are equipped with touch-enabled screens that help customers navigate aisles and suggest products based on what they’ve already picked out. Eventually, Instacart hopes to integrate the technology into the e-commerce sites of its retail partners, as well as its own app. That would enable customers to create digital shopping lists that can be checked off as they shop.

“The powerful technology we’ve created is intuitive for customers, easy to deploy for retailers of all sizes, and creates a physical retail ecosystem that never existed before,” said Lindon Gao, co-founder and CEO of Caper AI.

Caper has developed deals for its smart carts with Instacart partners Kroger and Wakefern in the United States as well as Sobeys in Canada, and its smart checkout counters have been deployed in a variety of smaller convenience stores.

“We’re thrilled to welcome the Caper AI team to Instacart. We share the same goal of equipping retailers with new and innovative technologies that help them succeed in an increasingly competitive industry, while also providing customers with the best possible experience,” said Simo. “We’re excited to bring Caper’s leading smart carts and smart checkout platform to more retailers around the world, as we all reimagine the future of grocery together.”

In the short term, Simo said, Instacart wants to focus on Caper’s smart carts and smart checkout counters before looking at more hardware for physical stores.

​​”For now we want to focus on these [existing] products,” she explained. “It’s important to get the tech absolutely perfect and adopted globally. There is a lot of work to do to get to scale.”

But in the meantime, the two new product additions will allow Instacart to expand its B2B sales, a trend that’s on the rise among large retailers and companies. Amazon, for example, has been selling its cashier-less technology to other retailers since 2020. Meanwhile, Walmart recently began selling its e-commerce technology to small and medium-sized businesses, and Israeli company Trigo brought on supermarket giant Tesco to deploy its technology in Tesco stores.

Instacart has been selling its enterprise technology to grocers like Aldi, Costco, Kroger, Walmart, and Wegmans since 2017. Now, it’s adding more firepower to be able to compete with the industry’s big fish.

Moving forward, Instacart will likely keep its labor situation in the back of its mind. The company hired 300,000 shoppers in April 2020, just after the pandemic had set in, but it has since come under fire for what critics describe as unscrupulous labor practices.

Over the weekend, Instacart shoppers took part in a nationwide strike over their working conditions. And with a big investment into technology that will take physical workers out of grocery stores, the company will need to keep an eye on how grocery workers at its partner stores feel about the move.