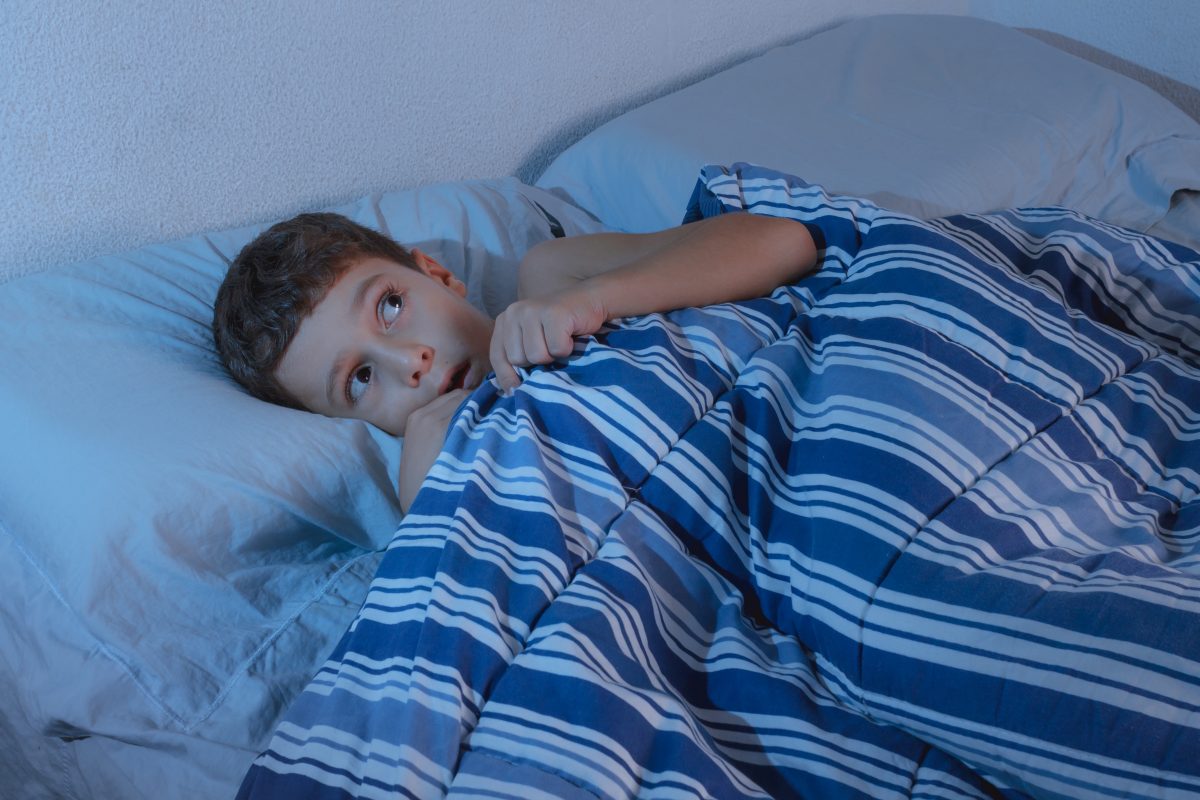 Many children who struggle to sleep have high levels of anxiety about risks to their family during the night. (Kleber Cordeiro/Shutterstock)
Health

Insomnia: How to Help Children Get a Good Night’s Sleep

There is help for parents struggling with children that won't sleep or won't sleep alone
BY Michael Gradisar TIMEAugust 12, 2019 PRINT

As the day ends and the evening begins, some parents are getting ready for a serious task. Not because they are preparing for a late shift at work, but because they are about to confront the battle of their children’s bedtime.

And we’re not talking about infants or toddlers. These are school-aged children who suffer from insomnia.

Until fairly recently, insomnia was largely thought of as an adult sleep problem. Then, in 2014, the diagnosis of insomnia in adults was combined with the behavioral sleep problems seen in children. This means that children can now be diagnosed with an insomnia disorder.

Another key aspect of a sleep problem is that it’s causing some kind of significant disruption to the child’s and family’s life—that the sleep problem affects normal functioning. Examples of this might include night times becoming unmanageable or very stressful (for the child and parent) or it might be that they are sleep deprived during the day and not coping well at school.

The key difference between insomnia in adults and children is that to be able to fall asleep or stay asleep, children often require “special conditions.” This usually means they need their parents nearby.

There is no single cause of child sleep problems. But these children commonly share high levels of anxiety around bedtime. The other thing they often share is a fear of themselves or family members being harmed (by an intruder, for example), meaning they feel unsafe in their own bed at night time.

These worries make them hyper-vigilant to their surroundings. Any noise outside or bump in the night might be interpreted as a potential threat. Understandably, these children commonly seek reassurance from their parents.

Of course, it’s natural for parents to want to provide this reassurance—nobody likes to see their child feeling anxious. So they might find themselves repeatedly telling their child that there’s no such thing as monsters or scary clowns and that the doors are locked and the house is safe. As understandable as this response is, we know from research that over-reassurance can actually maintain a child’s anxiety.

The other common response is the parent sitting with their child until they fall asleep, or letting the child sleep in the parental bed. Sometimes this might even mean one parent ends up sleeping in the child’s bed as a result.

These solutions are often planned as short-term plans but can end up lasting for months (or even years). Ultimately, while they are understandable strategies, they are strategies that prevent the child from learning that they can be safe by themselves in their own bed, and can, therefore, end up maintaining the problem.

A Good Night’s Rest for Everyone

If these scenarios sound familiar, you should know that you’re not alone—and that there is a solution. In recent years, there has been more research working out the best ways to help school-aged children overcome sleep problems.

We have recently summarized this research in a book, which provides parents with a step-by-step guide to help their children deal with a sleep problem.

Multiple studies have now shown that these techniques can significantly reduce the time it takes children to fall asleep and how often they wake at night, while also improving their ability to sleep in their own bed without a parent. Here is a summary of those techniques.

To begin with, a good sleep environment and bedtime routine are important. This includes making sure your child has time to wind down in the hour or two before bed. A consistent bedtime and wake-up time are also key.

Experimenting with your child’s bedtime can help the child build up something known as “sleep pressure.” Building up sleep pressure helps children to fall asleep more quickly and ultimately to learn that they can fall asleep in their own bed by themselves.

Other techniques involve “exposure-based” steps. For example, where the parent moves themselves step-by-step out of the child’s room. Alongside these techniques, parents also learn to work with their child to challenge unhelpful thoughts that might be keeping them awake.

These techniques aren’t always easy. But the phrase “short-term pain for long-term gain” rings true for most evidence-based sleep interventions. While it can be challenging, with persistence and consistency, gains can be made in a relatively short period of time, and the whole family can get a better night’s sleep.

Michael Gradisar is a professor in clinical child psychology at Flinders University in Australia, and Rachel Hiller is a lecturer in child and adolescent clinical psychology at the University of Bath in the UK. This article was first published on The Conversation.