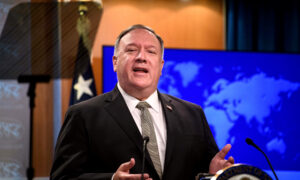 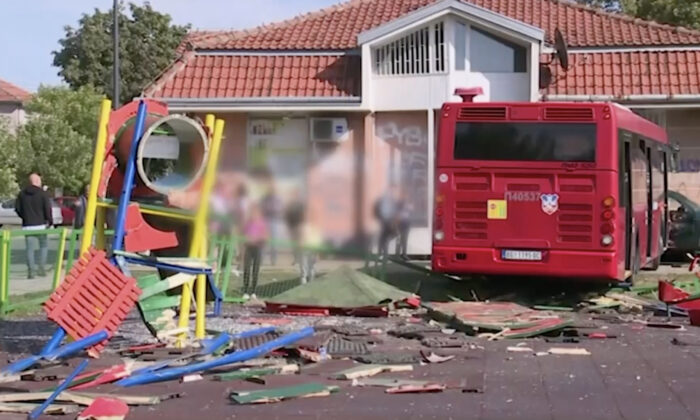 A public bus swerves off the road into a children’s playground in a residential area of Belgrade, Serbia, on Sept. 24, 2021. (Tanjug via AP/Screenshot via NTD)
Europe

A public bus swerved off the road into a children’s playground in a residential area of Belgrade, Serbia, injuring several people, according to state television reports on Friday.

The bus broke through a fence at around 1:30 p.m., stormed across the playground and hit a parked car at the other end, according to RTS.

Footage from the scene in the Zemun suburb of Serbia’s capital city showed a red bus along with smashed playground facilities.

Authorities have not yet issued an official statement or specified how many people were hurt and if any suffered serious injuries.