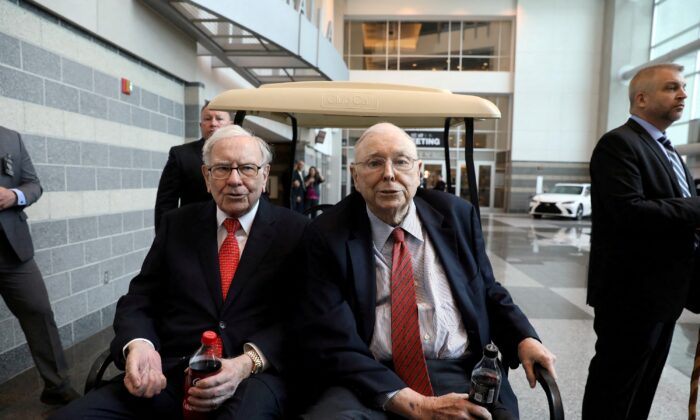 Charlie Munger, the vice chairman of Warren Buffet’s Berkshire Hathaway, is not particularly worried about inflation, and believes people will be using fossil fuels for a long time.

Inflation is “always with us in an episodic way,” Munger said in an interview published by the Australian Financial Review on July 12. “That’s what modernity causes. So, eventually, I assume every currency in the world will go down to nothing. That’s my basic cynical view.”

Munger is expecting interest rate hikes by the Federal Reserve to trigger a significant impact on business valuations and stock prices. However, his outlook remains largely unchanged, despite the recent stock market correction. In the first quarter of the year, Berkshire’s cash pile shrank, from $147 billion to $106 billion, which involved investing $51 billion in stocks and repurchasing its own shares valued at $3.2 billion.

Munger made it clear that the company accumulated cash not because it had been anticipating a big decline in the stock market but because they couldn’t find “any good buy.” Berkshire is hoping for the opportunities to eventually bet all of its remaining accumulated cash.

On the topic of fossil fuels, Munger believes that the world is going to use them for “a long time ahead,” because they will play a big role in meeting global energy demand.

“If you stop to think about it,” he said, “the present population of the world couldn’t eat if we didn’t use natural gas to create nitrogen fixer fertilizer. We’re not going to get rid of fossil fuels, we’re just going to use less of them.”

Effect of Rising Inflation on Households

Some have blamed the rising prices on supply shortages, while others assign blame on the Federal Reserve for keeping interest rates close to zero for far too long, allowing inflation to grow unchecked.

People also criticize the Biden administration’s $1.9 trillion COVID-19 relief package and the $1,400 household checks that contributed to the overheating of the economy.

In February 2021, a month into Joe Biden’s presidency, the CPI was only 1.7 percent. By the end of December, it had hit 7 percent. Since March 2022, following Russia’s invasion of Ukraine, the CPI has consistently remained above 8 percent.

Meanwhile, rising prices are putting different pressure on different American households. According to a recent report from the Federal Reserve Bank of New York, white Americans, for example, faced an inflation rate about the same as the CPI. Asian Americans experienced inflation at 0.5 percentage points lower than the overall rate. For black Americans, inflation was 0.2 percent higher, while for Hispanics, it was reportedly 0.6 percent higher.