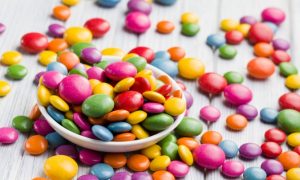 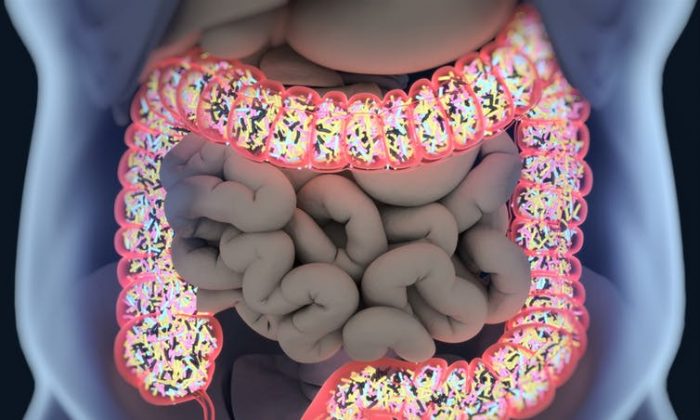 A new body of research suggests that infections in childhood, along with antibiotic use, could impact the bacteria in our intestines and raise risks of mental health challenges in later life. ( Anatomy Insider/Shutterstock)
Lifestyle

Infections During Childhood Increase the Risk of Mental Disorders

Hospitalization for infection might leave you at greater risk for mental illness, according to a recent study published in JAMA Psychiatry, which draws on data from youth in Denmark up to age 17.

The authors also found that antibiotic use was associated with even higher risk for mental illness. This connection is thought to be, in part, because antibiotics affect bacteria in the intestinal microbiome.

The study—which supports emerging theories about the functional interaction between infection, the gut microbiome, and mental illness—is one of close to 50 papers published using data from the Danish Psychiatric Central Research Register since the latter half of 2018.

This registry tracks the clinical data of more than one million people—in this case, data from 1995 onward on Danes who were treated for mental illness over their first 17 years of life, either in a hospital or as outpatients. Every measure of general and mental health status, including prescriptions and family histories, were documented for each individual as they aged.

The sheer size of this registry is providing international researchers with unprecedented opportunities to answer targeted questions about the links between life history and mental health status.

It has been suggested that the gut microbiome, the hugely diverse bacterial community that we host in our intestines, sends out signals to the brain, modulating our moods and, possibly, our susceptibility to mental illness.

Studies in animal models already have documented the association between bacteria and depression. One research group showed that mice treated with antibiotics showed alterations in the diversity of the gut microbiome and performed worse on memory tests.

In another remarkable study, fecal samples from human patients suffering from depression and transplanted into rats conferred depression-like symptoms. In one study, transplants from patients with anxiety created anxious mice.

While these studies point to the link between the microbiome and mental health status, the nature, or molecular basis of this link remain unknown.

Bacteria as a Treatment for Depression?

A promising area of research that aims to define the links between the microbiome and the human brain, focuses on identifying neuroactive compounds produced or consumed by bacteria in the gut.

In work published in Nature Microbiology in December 2018, Philip Strandwitz and his colleagues at Northeastern University in Boston, studied a rare type of gut bacteria given the name KLE1738. These rare bacteria eat gamma-aminobutyric acid, also known as GABA. A different type of bacteria, Bacteroides, produces GABA, keeping the KLE1738 bacteria alive by feeding them.

These findings underscore how different types of bacteria work together in the gut. This matters to us because GABA is a neuroactive compound required for normal function of our central nervous system. Major depressive disorders are associated with reduced GABA levels.

Though the results were not conclusive, the trend supports a possible role for the bacteria in modifying the severity of depression.

The Link Between Gut and Mental Health

The results from this small pilot study were ambiguous because the number of patients was small and the study was not controlled for medications taken by the subjects. A significant number of these patients were on antidepressants of varying kinds—all of which would be expected to have an effect.

On top of medication use, other characteristics of each patient, like age, gender, and genetic background would be expected to influence the dialogue occurring between the gut and the brain.

With its massive scale, the Danish psychiatry registry promises to change all this. By documenting every clinical aspect in the young lives of more than a million people visiting the hospital for mental illness, the registry provides the opportunity to isolate and study each clinical variable. Even after being classified on the basis of age, gender, type of mental illness, medication history or certain genetic variants, there will still be sufficient numbers of patients to permit meaningful comparisons.

Because of its size, the Danish registry could do more to clarify the link between the gut and mental health than anything before.

Linking With Other Large-Scale Databases

The immense value of the registry may be truly revealed when linked with other large-scale efforts, such as those that study bacterial interactions in the gut or genetic variants in patients with mental illness. For example, the pilot study of the gut microbiome in 23 patients described previously could be revisited using a much larger and better defined patient cohort, to generate convincing results that could eventually be translated to improvements in patient care.

The potential of the Danish psychiatry registry to improve the treatment of mental illness has inspired other countries to do the same. In November 2016, for example, the American Psychiatric Association announced the launch of a national mental health registry called PsychPRO.

Like the Danes, American psychiatrists anticipate that a national registry will help propel future research efforts and also stimulate the development of new and better ways to treat and prevent psychiatric illnesses.

Christine Bear is a professor at the faculty of medicine and fellow of the Munk School of global journalism at the University of Toronto in Canada. This article was first published on The Conversation.