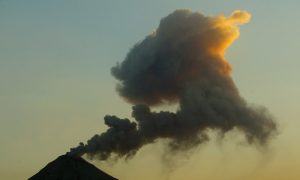 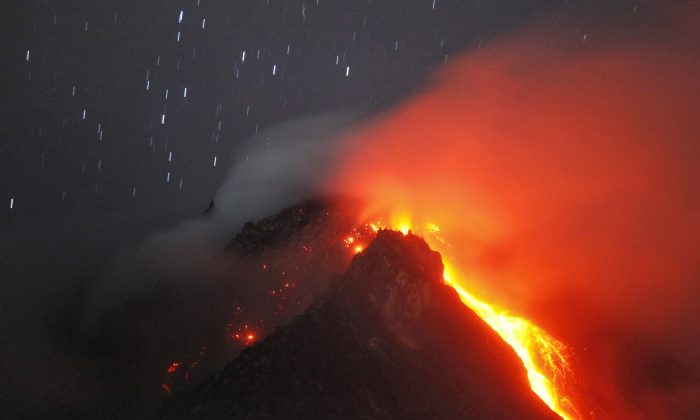 TANAH KARO, Indonesia—Authorities in western Indonesia on Monday evacuated hundreds of villagers living near a volcano that is spewing hot ash down its slopes almost daily.

Subur Tambun, head of the local disaster mitigation agency, said hundreds of residents were being evacuated Monday from several villages, bringing the number of people moved in recent weeks to more than 3,000.

“They have to be moved because of increasing activities of the volcano in past days,” Subur said.

Evacuees included villagers living between 3 to 5 kilometers (2 to 3 miles) from the crater on its eastern and southeastern flanks. A small number of people who’d returned to villages within 3 kilometers also were evacuated again.

Jefri Bangun, a 33-year-old coffee farmer in Mardinding village, about 3 kilometers from the crater, is one of thousands of villagers who were reluctant to leave the slopes.

“We need money to live,” said Bangun, who vowed to keep coming back to tend his plants.

Authorities have been closely monitoring Sinabung since June 2, when its status was raised to the highest alert level due to the growing size and unstable condition of its lava dome, then estimated at 3 million cubic meters (106 million cubic feet).

Subur said 99 families were moved from a village on Saturday when the mountain unleashed a new powerful burst, sending hot ash as far as 3 kilometers (2 miles) down its southeastern slopes.

Mount Sinabung is one of about 130 active volcanoes in Indonesia, which is prone to seismic upheaval due to its location on the Pacific “Ring of Fire,” an arc of volcanoes and fault lines encircling the Pacific Basin.

Thousands of Earthquakes Could Signal an Erupting Volcano Off Oregon Coast

Nearly 6,200 other people have been living in temporary shelters since last year, Nugroho said.