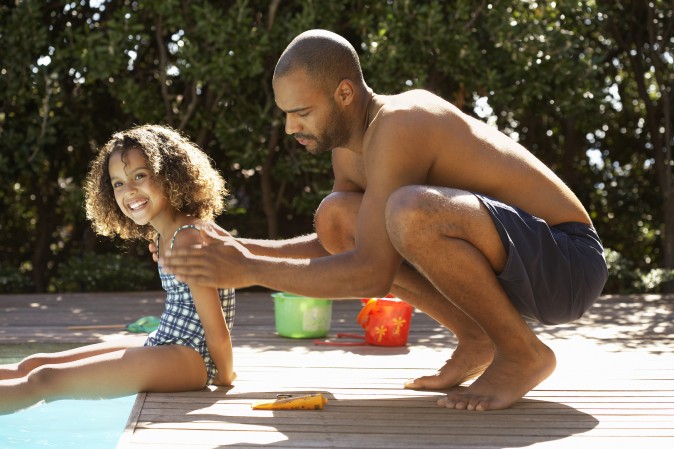 Having dark skin does not mean you are protected from skin cancer. (Fuse/thinkstockphotos.com)
Health

DETROIT—More awareness about skin cancer is needed for minorities because they believe they are at low risk of developing it, according to Henry Ford Hospital dermatologist Diane Jackson-Richards, M.D.

“Our minority populations have this perception that they are at low risk, and little can be done to prevent it. The reality is that skin cancer is a significant health concern for minorities. With early detection and treatment, though, skin cancer is highly curable,” says Jackson-Richards, director of Henry Ford’s Multicultural Dermatology Clinic in Detroit.

“We need to intensify our awareness efforts for minorities so they fully understand the dangers of sun exposure and what they can do to reduce their risk of skin cancer.”

Dr. Jackson-Richards discussed these issues Monday during a presentation of “Skin of Color” at the annual meeting of the American Academy of Dermatology in Denver.

Dr. Jackson-Richards says, “We must educate African Americans, Hispanics, and other minorities that prevention guidelines are effective at reducing their risk of skin cancer.” In Hispanic communities, fewer sunscreen products are available than in non-Hispanic communities, she says.

Skin cancer is the most common form of cancer in the United States, according to the Foundation, and more new cases are diagnosed each year than the combined incidence of breast, prostate, lung, and colon cancers.

Common risk factors for skin cancer include a personal or family history, 50 or more moles, a history of excessive sun exposure, diseases that suppress the immune system, and a past history of skin cancer.

People can reduce their risk of developing skin cancer by the following:

• Avoiding sun exposure between 10 a.m. and 4 p.m., when the sun’s rays are the strongest
• Generously applying broad-spectrum sunscreen with SPF 30 or higher and re-applying every two hours
• Wearing protective clothing: long-sleeved shirt and pants, wide-brimmed hat, and sunglasses
• Avoiding tanning beds and tanning
• Seeing your physician for a skin exam every year
• Taking extra precautions around water, snow, and sand, which can increase your chance of sunburn