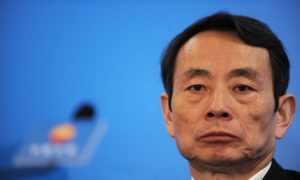 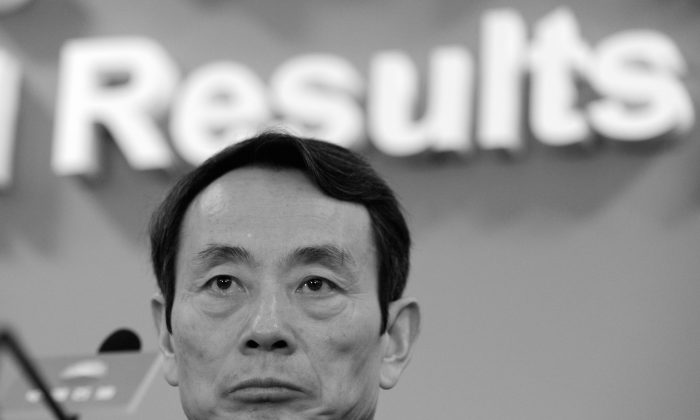 The former head of China’s biggest oil firm and state companies regulator has admitted to charges of corruption in a trial Monday, according to an official court report.

Prosecutors say Jiang took bribes either personally or through his wife in return for granting job promotions or projects between 2004 to 2013, according to state mouthpiece Xinhua, Jiang’s lawyer did not object to the charges.

“My family assets went far beyond what my legal income could afford,” said Jiang in a summary from the court. “I’m immeasurably ashamed and anguished,” he concluded in self-admonishment typical of purged Party officials.

No sentence has been handed down, but the former oil baron and member of the Communist Party’s Central Committee leadership council will undoubtedly be found guilty by the Party-run judiciary.

Jiang started out as an operator for Shengli Oil Field in Shandong Province in 1972 before rising to the position of deputy director of Administrative Bureau of Shengli Petroleum in 2004. In the next four years, Jiang shot up the ranks and became president of China National Petroleum Corporation, now the second largest state-owned company, until 2013.

Jiang was investigated in September 2013, barely six months into his tenure as State-owned Assets Supervision and Administration Commission chief. He was considered to be one of the first “tigers”—official parlance for top senior Party officials—to be nabbed in Chinese leader Xi Jinping’s sweeping anti-corruption campaign.

Jiang’s trial is being closely followed to see if it would reveal any details about the recent investigation of Zhou Yongkang, Jiang’s mentor. The stony faced former security czar started out in the petroleum business, where he grew a sprawling patronage network. Jiang was also known to have been an important financial backer to Zhou.

Both Jiang and Zhou are in turn linked closely with Jiang Zemin, the former Chinese leader and “godfather” figure. Part of Xi Jinping’s anti-corruption drive has as its goal ridding the Party, and his own tenure, from the influence of Jiang’s network.