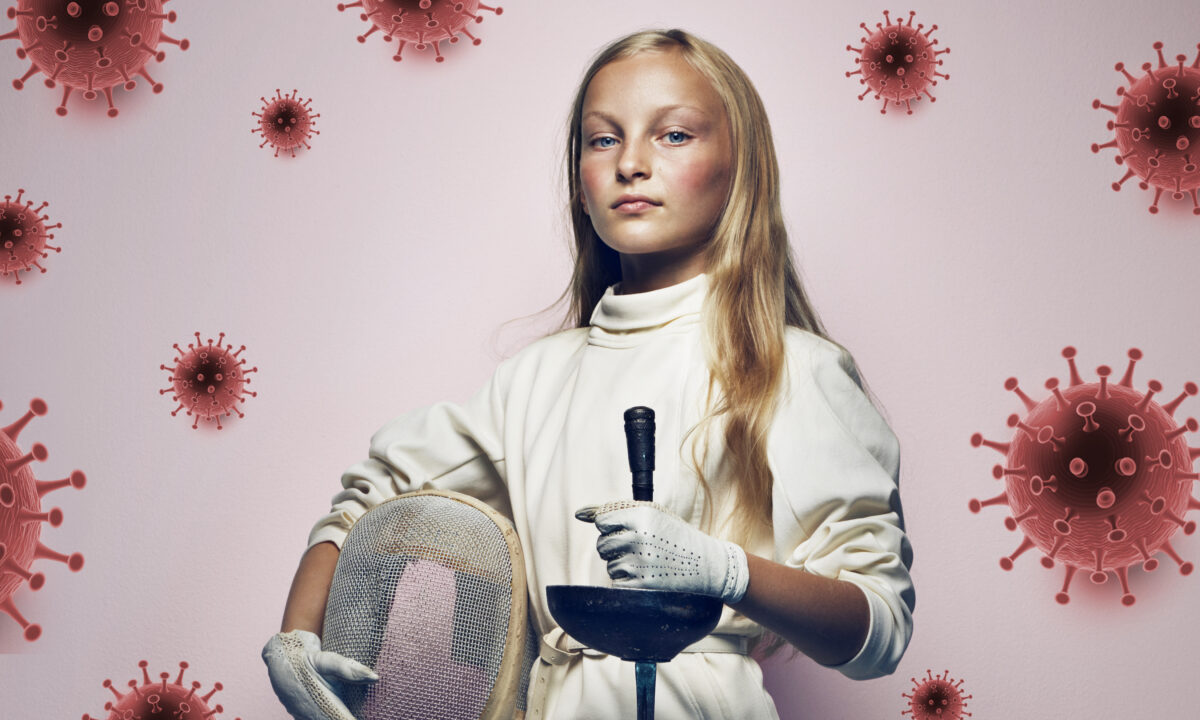 Have you ever wanted to really understand how the immune system works? Or how the COVID-19 vaccine is different from natural immunity? Here you go!. (Klaus Vedfelt/Getty Images
Covid

A simple explanation of your innate and adaptive immune systems and how that relates to COVID-19 and the vaccine
BY Dr. Ann Corson TIMEMarch 8, 2022 PRINT

Have you ever wondered exactly how your immune system works? Or how natural immunity differs from vaccine-induced immunity when it comes to SARS-CoV-2, the virus more popularly known as COVID-19? Despite all the complicated terms you may read in the news, it’s actually quite simple—once you understand the basics and understand the soldiers and engineers in your body fighting to keep you safe.

The human immune system is incredibly complex. In simplistic terms, it can be divided into two main branches: the innate and the cellular or adaptive immune systems. The innate immune system is akin to soldiers acting as sentries guarding the fortress, the first line of defense against foreign invaders. These sentries are constantly on guard at all portals of entry into the fortress of the body such as the nose, sinuses, mouth, throat, lungs, the whole length of the stomach and intestines, the eyes, and the entire surface of the skin.

This frontline defense starts its own fight against enemy invaders and also calls in a powerful second line of defense, the cellular or adaptive immune system. This second line of defense is analogous to a corps of engineers who receive instructions from the sentries for how to make specific weapons called antibodies that are custom-made to bind and neutralize each individual foreign invader encountered. It takes time, usually a few weeks, for the engineers to make effective antibodies for each new invader. Once the antibodies bind to and neutralize the foreign invaders, other immune cells called macrophages come along like “pac-men” to gobble up, digest, and destroy the dead enemies and debris from the battlefield.

If the immune system sentries see a foreign invader that’s the same or similar to one they have seen before, the response is much faster and far more aggressive. If the immune system engineers are told that the same or similar enemy is attacking the fortress, they already have the blueprints to respond more rapidly to produce a much larger quantity of specific weapons or antibodies to aggressively clear the enemy threat.

When SARS-CoV-2 viral agents enter the body through the nose or mouth, they land on the mucous membranes of the nose, sinuses, and throat. This is where all respiratory viruses typically land and try to establish a beachhead. Some SARS-CoV-2 viral particles manage to evade the frontline sentries and break into the cells lining the nose and throat. They do this by tricking our cells by binding to, unlocking, and sneaking through specific “doors” in the cell wall called angiotensin-converting enzyme-2 (ACE-2) receptors. These receptors are meant for the enzyme ACE-2, which does important work in many places throughout the body. So SARS-CoV-2 not only gets in through this door, it also blocks ACE-2 from doing its job.

Cells can be thought of as little factories, producing all kinds of things the body needs. Once inside cells, these viral agents hijack the cell’s machinery and use it to reproduce themselves to such an extent that the cells become completely filled with viruses to the point of bursting open, which releases more viruses, which will go on to infect more cells.

This process of invasion can last for up to five days before there are enough viruses made to make you feel ill or be contagious to others. Many researchers believe it’s only after you develop symptoms of congestion, runny nose, fever, sore throat, or cough that there are enough viral particles in your body to be able to spread to others.

During the initial invasion in the nose and throat, the frontline sentries of the innate immune system respond aggressively. Some weapons made by the sentries known as cytokines grab onto or bind the viral particles and shout an alert to other soldiers known as killer T-cell lymphocytes to search out and destroy the cells that are infected with viruses. Infected cells themselves also release distress signaling molecules called type 1 interferons that instruct the killer T-cell soldiers to destroy the infected cells.

These killer T-cell lymphocytes are the most important branch of the body’s fighting arsenal against viruses. They are very efficient at killing cells that have been infected by viruses, and they remember how to recognize previously encountered enemies for many years.

While killer T-cells get a lot of the glory, let’s not forget about that adaptive second-line team. Once those front-line sentries sound the alarm, the B-cell lymphocytes get to work making antibodies. Antibodies take time to make and are a less important means of controlling initial viral infections in the body. The B-cell lymphocyte engineers that are found directly inside the fortress walls all along the lining of our nose, sinuses, mouth, and breathing tubes make antibodies known as secretory IgA antibodies. These secretory IgA antibodies, made by the B-cells, neutralize the foreign invading viruses by binding to them. Antibodies that are created as a result of natural infections with respiratory viruses can also be very long-lasting. For example, researchers confirmed that those who survived SARS in 2003 and even the 1918 pandemic still have these antibodies in their bodies.

Every foreign invader, be it a virus, bacteria, or fungi, has proteins on its surface, like a fingerprint, that make it identifiable to the body as a foreign invader. These proteins are called antigens. An antigen is any of these protein molecules that alert the immune system. The most famous antigen in the world is no doubt the spike protein found on SARS-CoV-2.

When one is infected by the SARS-CoV-2 virus, the B-cell engineers are instructed to make secretory IgA antibodies to bind to the spike protein and several other antigens of the virus’s outer coat or body. Each one of these IgA antibodies is made by a different regiment or clone of B-cells.

Antibodies incapacitate or neutralize viruses by binding to specific antigens of the virus for which they were designed, forming antigen-antibody complexes. It’s a little bit like throwing handcuffs and chains around a foreign enemy. These complexes are then gobbled up and digested by macrophages, the pac-men-like immune cells we mentioned earlier.

Once the B-cell engineers have learned how to make specific IgA antibody weapons against several different parts of the virus, they release their IgA antibodies onto the mucus lining the nose, sinuses, throat, and breathing tubes in the lungs. These secretory IgA antibodies are always on guard to immediately bind with any of the same or similar viral antigens, or parts of the enemy for which they were designed, that may come in at any time with the air we breathe.

Foreign invaders that come into the body by routes other than the nose, mouth, and throat result in the production of different kinds of antibodies called IgM, IgG, and circulating IgA antibodies. These antibodies are designed to protect the internal organs of the body from enemies that spread and attack via the bloodstream. Unlike secretory IgA, these other antibodies are unable to reach the lining of the nose, mouth, throat, or breathing tubes and can’t in any way protect these parts of the body from attack by respiratory viruses.

It’s important to note that naturally acquired T-cell and B-cell immunity can last for a long time in the body. The secretory IgA antibodies and the killer T-cells that have been primed by a particular virus will react quickly and efficiently against the same or similar enemy attack. This means that naturally acquired immunity from a SARS-CoV-2 infection offers protection against future variants of SAR-C0V-2 as well as other similar coronaviral infections.

Conversely, studies have shown that T-cells from people who had preexisting immunity to simple cold coronaviruses but who had never been infected with SARS-CoV-2 are also able to mount immune responses to portions of the SARS-CoV-2 virus. Remarkably, it has been shown that people who were infected in 2003 with the SARS virus have competent immune system responses against the SARS-CoV-2 virus. The pre-existing secretory IgA many people gain after being exposed to other coronaviruses, such as the common cold, can attack the SAR-CoV-2 in the nose and throat and stop it right there before any symptoms ever develop.

Unfortunately, our immune systems can be overcome by foreign invaders, and some people, especially those with compromised immune systems and co-existing medical problems, don’t survive the initial infection with SARS-CoV-2. But those who do survive gain a multi-layered defense that 150 studies have found offers superior protection against reinfection with SAR-CoV-2 variants when compared to the immunity conferred by COVID-19 vaccines. To understand why, we need to look at how the COVID-19 vaccines work.

Immunity From the COVID-19 Vaccine?

The COVID-19 vaccines, injected into the muscle of the arm, contain instructions from either mRNA (Pfizer, Moderna) or DNA (Johnson & Johnson) wrapped up in nano-lipid particle balls that direct cells in the body to manufacture a synthetic spike protein similar to but slightly different from the spike protein found on the surface of the SARS-CoV-2 virus.

After being deposited in the upper arm muscle, nano-lipid particles allow the mRNA or DNA to enter cells. The cell’s machinery then uses the instructions given by the mRNA or DNA to make multiple copies of the synthetic spike protein. These cells then release the synthetic spike protein into the surrounding body tissues and the bloodstream, initiating both innate (sentry) and adaptive cellular (engineer) immune responses. The antibodies made after vaccination are IgG antibodies rather than secretory IgA. Vaccine developers hoped that the antibodies created against the synthetic spike protein, which are made within a few weeks after vaccination, would protect against subsequent infection by the SARS-CoV-2 virus. Unfortunately, vaccine-induced IgG antibody protection doesn’t seem to prevent one from becoming infected with SARS-CoV-2 and its effects fade within months.

The contents in the COVID-19 injections don’t remain locally in the arm muscle. They spread throughout the rest of the body via the lymph nodes and the bloodstream. Therefore, the synthetic spike protein can be produced in many places throughout the body, where it’s seen as a foreign enemy triggering both an innate and cellular immune system response.

The free-floating synthetic spike protein, which can be made anywhere in the body, will attach to those specific doors or ACE-2 receptors that exist not only in the nose, sinuses, mouth, and breathing tubes, but also in many different organs and tissues in the body, such as the heart, blood vessels, brain, liver, kidneys, blood vessels, spleen, stomach, intestines, lymph nodes, skin, thymus, bone marrow, and ovaries. Some scientists are concerned about the possibility that our immune systems might recognize cells making the synthetic spike protein as enemies, just like they do with any cells infected with the SARS-CoV-2 virus, resulting in autoimmune disease.

Although most people who have received the SARS-CoV-2 injections have experienced only minor transient side effects, others have been more seriously affected. Some researchers have suggested that repeated injections may actually weaken our immune systems, which could result in the reactivation of latent infections and increased risk of cancer. Further analysis of data collected from countries around the world will help us understand more clearly the long-term effects of the SARS-CoV-2 injections. 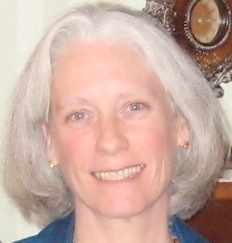