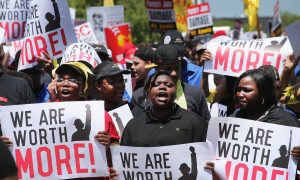 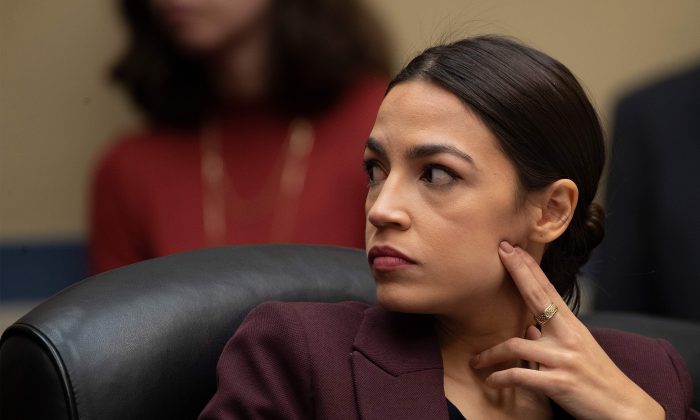 If $15 Minimum Wage Is Such a Good Idea, Why Did AOC’s Bar Close Down?

The brilliant Thomas Sowell, when in college, considered himself a Marxist. Asked what changed him, Sowell said, “Evidence.”

After completing undergrad at Harvard and obtaining a master’s in economics, Sowell landed a summer internship with the Department of Labor. While there, he researched the impact of minimum wage law on employment. Sowell learned two things, both of which he found startling.

First, minimum wage laws create job loss by pricing the unskilled out of the labor force.

Second, Sowell discovered that “the people in the labor department really were not interested in that, because the administration of the minimum wage was supplying one-third of the money that was keeping the labor department going. … I realized that institutions have their own agendas and their own incentives.”

In short, Sowell found that the Department of Labor didn’t care about the real-world effects of the minimum wage law. He credited this experience, this search for evidence, with having the “biggest” effect on his thinking.

The left refers to the skeptics of “climate change” alarmism as “anti-science.” But when it comes to left-wing passions such as the $15 minimum wage, a “universal basic income,” and the “wealth tax,” it’s the left that ignores evidence.

Among those calling for a $15 minimum wage is self-described democratic socialist Rep. Alexandria Ocasio-Cortez (D-N.Y.). Before her election to Congress, Ocasio-Cortez worked at as a bartender at a popular New York bar in Union Square called The Coffee Shop. How popular? Investor’s Business Daily said the bar was “frequented by A-list celebrities and featured on ‘Sex and the City.'”

Despite its popularity, The Coffee Shop went out of business in 2018. Its co-owner, Charles Milite, cited the city’s minimum wage law as the primary reason. “The minimum wage is going up,” said Milite, “and we have a huge number of employees.”

Economists have long studied the impact of minimum wage laws. The Employment Policies Institute is a Washington-based nonprofit organization that studies public policy issues pertaining to employment growth. It is managed by an economist formerly with the Bureau of Labor Statistics.

As for the $15 minimum wage, a 2015 EPI-commissioned survey of economists found: “Nearly three-quarters of these U.S.-based economists oppose a federal minimum wage of $15 per hour.

“When economists were asked what effect a $15 per hour minimum wage will have on small businesses with fewer than 50 employees, nearly seven out of 10 economists (67 percent) believe it would make it harder for them to stay in business.”

What about the “universal basic income” (UBI)? Two countries, Canada and Finland, recently tried it. Both stopped.

In Canada, the experiment was tried in the province of Ontario. According to the Washington Times: “The Ontario experiment was a particularly generous version of a UBI. Eligible individuals could receive $17,000 (Canadian; about $13,000 U.S. today) minus half of any earned income. A couple could receive $24,000. And people with disabilities could get as much as $23,000. For the Ontario pilot, only low-income folks participated, and their benefits replaced unemployment insurance, the state pension, and disability payments.”

The program, begun in 2017, was supposed to last three years. But the government of Ontario, citing costs, ended it after just 15 months. About the experiment, one researcher said, “We just don’t have any data to know whether it was working or not.”

The Finnish two-year experiment started in 2017. A random group of 2,000 unemployed 25- to 58-year-old Finns received a monthly income of about $650, no strings attached. But Finland did not renew the program. A preliminary review found no positive effect on employment as to the first year.

But one prominent proponent, a professor at Finland’s University of Turku, said, “The whole truth is much more complex, we need many more studies and research to find out.”

As for the wealth tax, in 1990, 12 European countries had such a tax on those with high incomes. But only three of those countries still have it.

A February NPR piece on Europe’s wealth tax said, “According to reports by the OECD and others … it was expensive to administer, it was hard on people with lots of assets but little cash, it distorted saving and investment decisions, it pushed the rich and their money out of the taxing countries—and, perhaps worst of all, it didn’t raise much revenue.”

As to the left-wing pursuit of the $15 minimum wage, a universal basic income, and the wealth tax, does evidence matter?