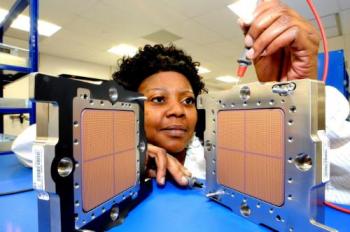 Conan Milner
writer
Conan Milner is a health reporter for the Epoch Times. He graduated from Wayne State University with a Bachelor of Fine Arts and is a member of the American Herbalist Guild.
View profile
Follow
biggersmaller
Print
IBM’s new zEnterprise System microprocessor boasts a world record-breaking speed of 5.2 GHz. Created to effectively support the growing number of business transactions around the world, the chip ships in a new version of an IBM mainframe later this week.

The approximately 20.16-square-inch z196 processor is a four-core chip with 1.4 billion transistors. While IBM engineers in New York designed the z196 using the company’s 45 nanometer SOI processor technology, researchers in Texas, Germany, Israel, and India all contributed to its development.

The new innovation didn’t come cheap, however. IBM put more than $1.5 billion into its research and development, and engineers collaborated for over three years to create the technology necessary for the new microprocessor.

The chip was specifically designed for businesses managing enormous workloads, such as banks and retailers. As the world has become increasingly more inter-connected, transactions for several businesses have grown exponentially, requiring faster systems.

For example, the number of active users of mobile banking and related financial services is expected to see a global increase from 55 million in 2009 to 894 million in 2015, according to a Berg Insight study.

The IBM zEnterprise System offers 60 percent more capacity than its predecessor, the System z10, and can process roughly 17,000 times more instructions than IBM's Model 91 from 1970.

The system is also designed to be energy efficient, thanks to advances in microprocessor design, 45 nanometer silicon technology, as well as greater power conversion and distribution.

Other energy efficient features of the zEnterprise include advanced sensors and cooling control firmware that monitors temperature, humidity levels ,and air density. The system will adjust itself according to changes in these environmental factors.

IBM ships out the zEnterprise System on Sept. 10.