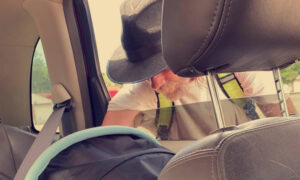 Addict Cried Meeting Grandson for the 1st Time, Daughter Says He Was 'Someone Before Drugs'
0
Share Now
FacebookTweetParlerEmail
Copy Link 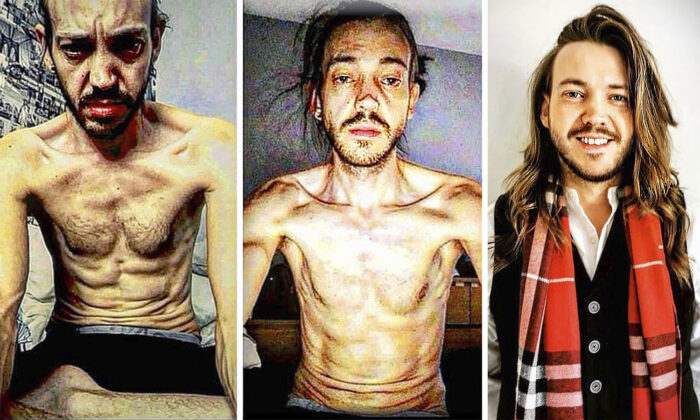 A 34-year-old UK man’s story has gone viral after he shared on Facebook his personal experiences, and incredible transformation, of recovering from addiction.

Thomas Delaney is a public speaker who’s passionate about alternative drug education. But life wasn’t always this way for the Glasgow local; he used to struggle with addiction.

On Nov. 15, Delaney announced in a Facebook post that he was officially two years sober. In the post, he explained that one of the hardest things about being an addict is the way people treat you.

“The next time you look at an ‘addict,’ ‘druggie,’ or ‘junkie,’ try seeing a human being instead,” he wrote. “You’d be surprised how much showing a little compassion can help someone else.”

Delaney told The Epoch Times that he began using drugs as a way to self-medicate, to “numb pain.” After a traumatic childhood and adolescence, it became a coping mechanism for him. It began with alcohol at the age of 15, but Delaney says he avoided drinking because he’d seen how it tore his family apart.

However, he eventually turned to cocaine use at 18 years old, and eventually explored using other drugs, including ecstasy, acid, MDMA, and ketamine. At first, the drug use was recreational, “mostly on nights out and at social events,” he said.

“Like most addicts would tell you, at first, I only took drugs socially and to a certain degree without harm,” he explained.

“Or so I thought anyway. However, like every honeymoon period, it would soon inevitably come to an end, where my addiction almost killed me.”

With a career as a business development executive in the education sector, Delaney had a life that he said “appeared happy externally.”

“But internally, I was broken,” he said. “Ketamine completely destroys your bladder, so for years of my life, I was in complete and utter pain.”

He was constantly in and out of the hospital and experienced mental health issues and suicidal tendencies.

He added that eventually, his drug use completely destroyed “everything precious” in his life and that he was forced to face the truth: he had to quit using or die.

“It wasn’t until I had lost absolutely everything, my career, my apartment, my car, everything I had worked so hard to achieve I had lost within a matter of months,” he shared.

Lying in a hospital bed, Delaney received the news that he would die within a month if he didn’t make a drastic change. He needed reconstructive surgery in his bladder and was facing the possibility of wearing a colostomy bag for the rest of his life.

That was when he decided he wouldn’t let addiction be his killer. “I had suffered enough, as did my family and friends,” Delaney said. “I knew I deserved a better life and I was prepared to go to any lengths necessary to do so.”

And he stuck to his guns, working hard to craft a life he knew would help both himself and others. After seeking support through the charities Barnsley Recovery and Humankind, he turned his life around.

“Since stepping into the world of recovery, my life is truly blessed,” Delaney said. “I deal with [bad days] differently now—without drugs & alcohol.”

He also works as a public speaker now, dedicating his time to helping others who are struggling with addiction. He hopes to inspire young people and empower them with the knowledge to combat addiction in their own lives.

Delaney says he loves “challenging the stigma that sadly surrounds addiction” and encourages anyone struggling with addiction not to give up.

“To be honest there were many times in my life, where I knew I needed to change but for some reason, I always found the desire and compulsion to use and justify my usage more powerful,” he said.

Now, he says helping others is something he finds fulfilling, that gives his life a greater purpose.

He adds, “I’m very grateful that I’m now in a position to use my negative experience and now turn it into a positive one.”