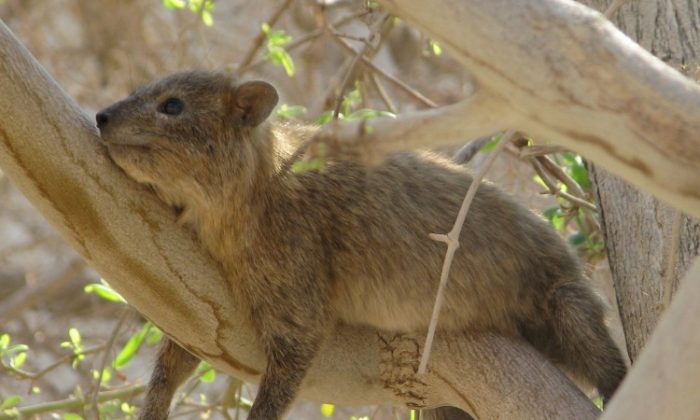 Listen to a sample of the hyrax song. (American Friends of Tel Aviv University)

Small rodent-like animals called hyraxes produce vocalizations that provide details of an individual’s traits, such as age, status, and size.

Native to Africa and the Middle East, singers are almost always male and tend to vocalize when they have an audience, according to new research by North American and Israeli scientists.

Unlike in birds, singing in mammals is rare. This behavior in hyraxes is useful for understanding how the sounds are generated and perceived, as well as what they communicate.

Hyrax songs can last for five to 10 minutes, yielding information about their life histories. The researchers have been studying a colony of these singing mammals for 13 years.

“The long duration is a major strength of this project because we now know a lot about each individual animal,” said researcher Amiyaal Ilany at Tel Aviv University in a press release. “We can recognize this information encoded in song because we know them that well.”

Sometimes, another male will reply to a song with his own repertoire. The team is currently using “playback” experiments to study the responses of listeners, such as whether songs from high-ranking males are more likely to elicit a reaction.

The researchers are also looking for any links between reproductive success and song type.