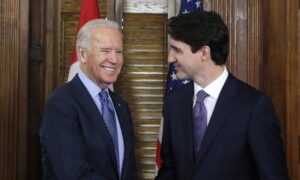 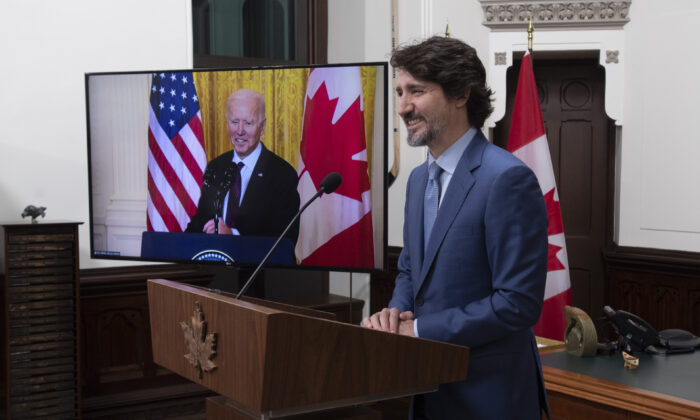 U.S. President Joe Biden said the United States will work with Canada to help secure the release of Canadians Michael Spavor and Michael Kovrig, who are currently detained in China.

Biden made the remarks during a virtual bilateral meeting with Prime Minister Justin Trudeau on Feb. 23—the U.S. president’s first foreign meeting since his inauguration last month.

“Human beings are not bartering chips,” Biden said of the Beijing regime’s detainment of the Canadians. “You know, we’re going to work together until we get their safe return.”

“Canada and the United States will stand together against the abuse of universal rights and democratic freedoms. We’re going to strengthen our shared commitment to providing safe haven for refugees and asylum seekers, and so much more,” Biden added.

The so-called two Michaels were arbitrarily detained and charged with spying by the Chinese regime in an apparent act of retaliation after Canada arrested Meng Wanzhou, the chief financial officer of Chinese telecommunications company Huawei, on a U.S. extradition warrant in December 2018.

They have remained in custody, held on what the federal government and international observers alike have described as bogus charges aimed at putting relentless pressure on Canada.

Biden offered no hints about how the White House might help secure their release. Nevertheless, Trudeau thanked Biden for supporting Canada by calling for the release of the two Michaels.

“Canada and the United States are each other’s closest allies, most important trading partners, and oldest friends.”

The two leaders also discussed getting the COVID-19 pandemic under control, climate change, expanding cooperation on continental defense, and restoring a collective commitment to global institutions such as NATO and the World Trade Organization.

Mimi Nguyen Ly and The Canadian Press contributed to this article.