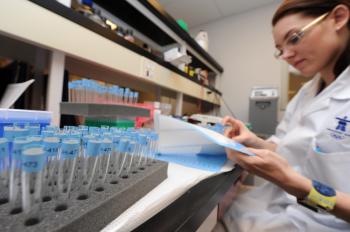 Human growth hormone, in a recent study, was found to aid cystic fibrosis patients. Pictured above, test tubes are prepared for testing for HGH at the Doping Control Laboratory for the 2010 Winter Olympic Games in Vancouver. (Robyn Beck/AFP/Getty Images)
Mind & Body

BY Mimi Li
TIMEOctober 1, 2015
Human growth hormone (HGH) can reduce the numbers of hospital visits for cystic fibrosis patients, according to a new study published in the medical journal Pediatrics this week.

The study examined children and teenagers with cystic fibrosis (CF) in the 1990s who received daily HGH injections and found that they grew 1.25 inches higher and weighed 3 pounds more than children with CF who did not receive HGH injections.

Cystic fibrosis affects more than 30,000 Americans, and afflicts a patient’s digestive system, contributing to the stunted growth common among individuals with CF.

Human growth hormone is used in the medical world to combat growth disorders and hormone deficiencies, but also for less acceptable uses, such as for anti-aging and anti-obesity.

Additionally, the use of HGH by athletes for performance enhancement has generated extensive controversy. A Congressional panel has accused Former MLB All-Star pitcher Roger Clemens of using HGH along with steroids.

The study suggested that HGH could increase the length and quality of life of cystic fibrosis patients.

"Hopefully, this is going to encourage cystic fibrosis care providers to use it more frequently in patients at the lower end of weight and of short stature," Craig Lapin of UConn's Department of Pediatrics and the Connecticut Children's Medical Center said. 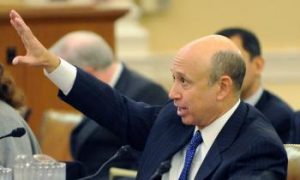