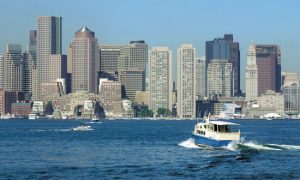 A Tale of Two Cities: Family Travel in Boston and Charleston
0 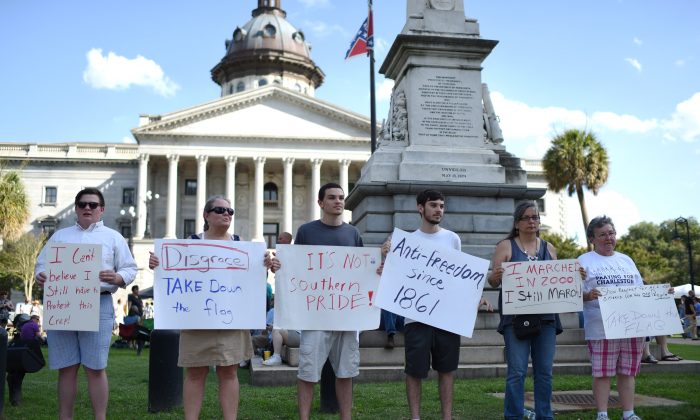 Protesters hold signs in front of the Confederate flag during a rally to take down the flag at the South Carolina Statehouse, Saturday, June 20, 2015, in Columbia, S.C. (AP Photo/Rainier Ehrhardt)
US

Huckabee: Confederate Battle Flag Should Be up to State

WASHINGTON — Republican Mike Huckabee and other GOP presidential contenders are staying clear of the Confederate flag debate in South Carolina, saying it’s an issue that should be decided by the state, not the federal government.

The flag is a symbol of racism to some, of Southern pride to others. The flag remains on the South Carolina Statehouse grounds, but some want it moved to another location behind the Capitol, or removed entirely. Mitt Romney, the Republican nominee for president in 2012, has called for the flag’s immediate removal in the wake of Wednesday evening’s fatal shootings of nine black people at a Charleston church.

“Everyone’s being baited with this question as if somehow that has anything to do whatsoever with running for president,” Huckabee said Sunday on NBC’s “Meet the Press.” ”My position is it most certainly does not.”

“My opinion is that we should let the people of South Carolina go through the process of making this decision,” Santorum said on ABC’s “This Week.”

South Carolina was the last state to fly the Confederate battle flag from its Capitol dome until a compromise in 2000 moved the flag to a 30-foot flagpole on Statehouse grounds. The debate over the flag carries political risks for Republican candidates seeking to appeal to South Carolina conservatives who support displaying the flag on public grounds.

The state holds the nation’s third presidential primary contest in February and the outcome could play a major role in the wide-open 2016 GOP campaign.

Romney tweeted on Saturday that “To many, it is a symbol of racial hatred. Remove it now to honor #Charleston victims.”

The former Massachusetts governor joins President Barack Obama and civil rights leaders in calling for the flag to come down as the nation grapples with Wednesday’s slayings. The man charged with the crimes, Dylann Storm Roof, held the Confederate flag in a photograph on a website and displayed the flags of defeated white-supremacist governments in Africa on his Facebook page.

Huckabee, a former Arkansas governor, said that voters want the presidential candidates focused on issues like the economy and keeping Americans safe. He had the same position back in 2008 when he first ran for president, but he used more colorful language then. “If somebody came to Arkansas and told us what to do with our flag, we’d tell ’em where to put the pole, that’s what we’d do.”

Huckabee said Sunday that voters don’t want the presidential candidates to “weigh in on every little issue in all 50 states that might be an important issue to the people of those states, but it’s not on the desk of the president.”