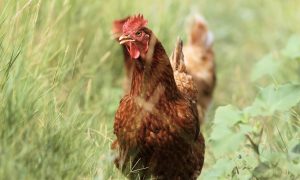 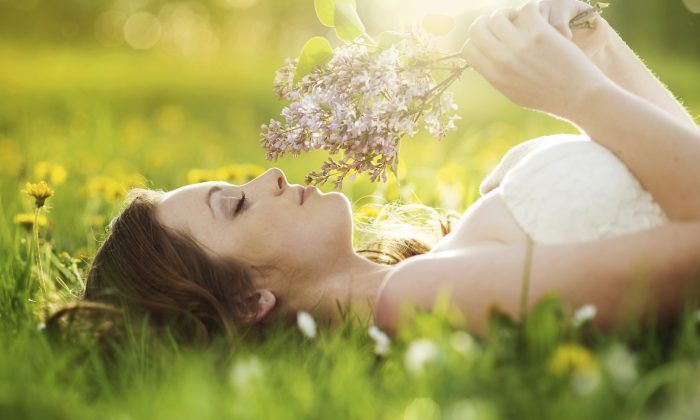 How to Treat Lyme Disease Naturally

Spring is here, and with it comes the threat of exposure to ticks and Lyme disease. Treatment of this tick-borne disease is a challenge, as the antibiotic option available from the medical community is controversial and may even be harmful. That’s why some people are opting to treat Lyme disease naturally.

Conventional treatment of early localized Lyme disease (isolated butterfly rash [erythema migrans] and fever, no neurological symptoms) often consists of 14 to 21 days of antibiotics, including amoxicillin, cefuroxime axetil, or doxycycline. This approach can be successful for some patients.

Other people, however, are not so fortunate. According to the Centers for Disease Control and Prevention (CDC), up to 20 percent of patients who are treated for Lyme disease with antibiotics continue to have lingering symptoms that can last for more than six months.

This condition is commonly referred to as chronic Lyme disease, although the CDC says it is more properly known as post-treatment Lyme disease syndrome (PTLDS). Lyme disease expert Richard Horowitz, MD, past president of the International Lyme and Associated Diseases Society and author of Why Can’t I Get Better?

The cause of the persistent symptoms is unclear, although experts have several theories. One is that the symptoms are the result of damage that occurred to the immune system and tissues during the infection. Others suggest that the infectious bacterial organism carried by the ticks, Borrelia burgdorferi, was not completely eliminated and thus causes a persistent infection.

Failure of antibiotics to eliminate the disease may lie with the fact that B. burgdorferi is an intracellular spirochete bacterium, which means it can enter cells and thus escape from antibiotics. These bacteria also can hide in the nervous system and other areas of the body where antibiotics cannot reach them.

Patients often have a long list of signs and symptoms, so treatment needs to address many issues. One individual who chose a natural treatment course rather than the antibiotic regimen after being diagnosed with Lyme and “a plethora of co-infections” is Desiree Dabrowski, a Registered Massage Therapist in Ontario, Canada.

Desiree’s list of presenting symptoms was quite extensive and included anxiety, severe fatigue, heart palpitations, memory loss, insomnia, irregular menstrual cycle, severe mood swings, depression, nausea and vomiting, loss of appetite, night sweats, fever, blurry vision, and intolerances to foods, additives, and environmental toxins, among others. Her diagnostic process took about six weeks and included a Western Blot blood test that was sent to IGeneX Lab in Palo Alto, California, to be performed, followed by several weeks of waiting for the results.

The positive findings sent Desiree on a journey that began with a retired MD who had been forced to relinquish his license because of his efforts to promote awareness of Lyme disease. He led her through a series of tests to identify which strains she had encountered (at least 16 different strains of the bacteria have been identified in humans thus far), which co-infections she had (Babesia, Bartonella, Candida, among others), and which food, additive, and environmental toxin intolerances she had developed.

For those unfamiliar with the co-infections that can accompany Lyme disease, here’s a quick review of three that affected Desiree and which are not uncommon among people with the disease.

Armed with her test results, Desiree learned what she needed to do. “The most important piece of information I took away from it was the knowledge regarding my diet,” she said. On her list of items to avoid are aspartame, food dyes, bakers and brewers yeast, coffee, alcohol, sugar, wheat, nightshade veggies (e.g., eggplant, tomatoes), all vinegars, peanuts, mushrooms, cantaloupe, cheese (cow’s milk), grapes, butter, chocolate, shellfish, salmon, pork, cucumbers, and both black and green teas.

Cheating with any of these foods causes reactions. For example, coffee and alcohol use results in anxiety, blemishes, and heart palpitations, while tomatoes and chocolate “really seem to upset my body in a negative way.”

Note that the list of foods to avoid will not be the same for everyone. Lyme disease affects each person differently; symptoms, co-infections, and response to treatments are highly individual. Green tea, for example, is recommended for some people since it can reduce oxidative stress and help with antibiotic treatment, yet Desiree has it on her avoid list.

Desiree also says “I have to buy everything organic or else I really suffer. Especially with chicken, if it is not organic, I get really bad stomach pains from the GMO substances.”

In addition to dietary measures, Desiree includes the following treatments and remedies as part of her life.

In the beginning, Desiree had two to three acupuncture sessions per week, but that was soon reduced to once to twice a week, and now she goes once a month.

Exercise. Desiree practices moksha yoga (hot yoga) three to four times a week along with Body Art, which is a combination of tribal dance, yoga, Pilates, and qigong. Although Lyme disease is often accompanied by fatigue, intense exercise during and after treatment can help ward off the disease while the extra oxygen can help destroy the bacteria.

Herbal remedies. Two remedies (garlic pills and oregano oil) are for candida. Another combination herbal product (containing artichoke, dandelion, milk thistle, among others) is for detox.

Other natural remedies. Also prescribed were a combination of digestive enzymes and herbs for gastrointestinal tract health, d-ribose (a simple sugar, monosaccharide) that can boost muscle energy, and a moringa oleifera-based product that contains 90-plus vitamins, minerals, omega oils, proteins, and antioxidants. Moringa oleifera is a tree whose leaves, in particular, are especially rich in nutrients.

As a massage therapist, Desiree has an opportunity to work with individuals who have signs and symptoms of Lyme disease. “My goal is to help educate people the best way that I can, and this is by sharing any knowledge that I have.”

Treatment of Lyme disease requires a highly individual approach. The remedies Desiree uses are examples of the many options that are available. It is best for patients to find knowledgeable professionals who can guide them in selecting the treatment course that fits their specific needs.