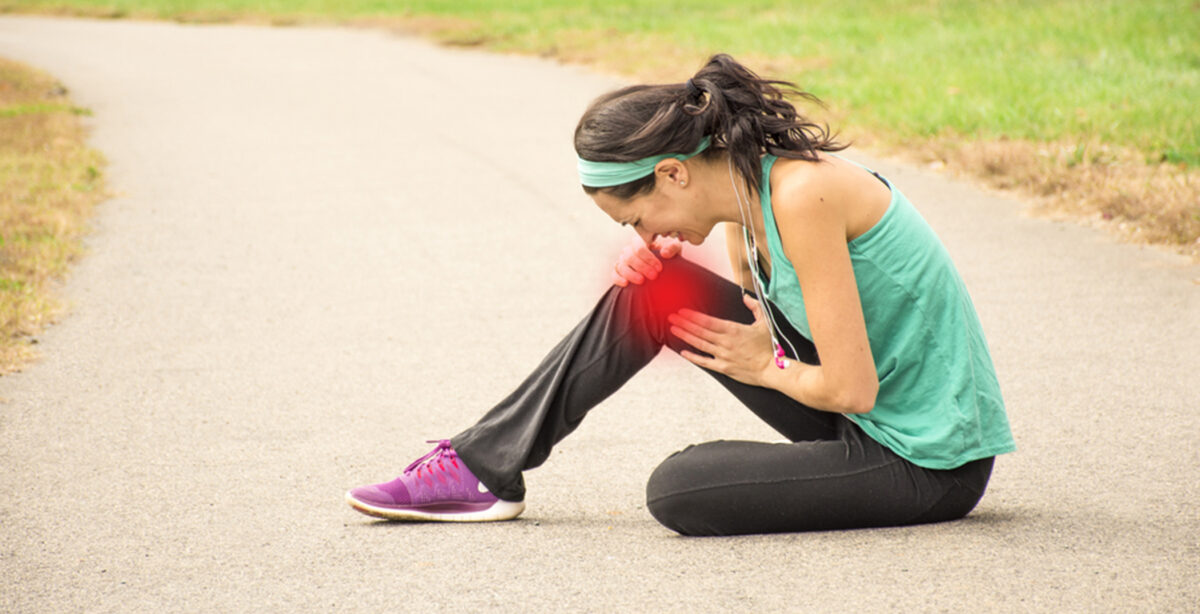 How to Run Without Getting Knee Pain

This method helps you to also give birth without lower back pain, heal the sciatic nerve, stop spending money on chiropractors, with Vibram Five Fingers information.

I run. Humans are meant to run. We’ve come to find that we humans caught prey in large part because of our ability to outrun other animals due to our incredible endurance. We aren’t fast compared to many  animals, but we can run over 100 miles without stopping. And our bodies are very good at staying cool.

The arch issue is huge! People who grew up as barefoot children have arches that are naturally stronger than  people who always wore shoes right from the start. Those who played barefoot while their feet developed have the ability to easily rebuild their arch strength. Those who have worn shoes from the very beginning are bound to have serious alignment issues with their whole body. And high heels hurt arch strength as well. Shoes with arch support cause flat feet because the support actually weakens the arches.In addition, when the toes are not allowed independent movement for walking, the toe muscles weaken (the toe muscles are within your arch). When the shoes come off, the arches flatten. Then they don’t go all the way back up and in as they should be when the shoes go back on unless the arch support is very stiff, like orthopedic shoes. So the arches stay flattened, knees buckle in, and  hips shift one way or the other to compensate, depending on which knee is more buckled inward.

There was a guy in jail who used to be a football player. (For those of you who don’t know, yes, I was in jail.) He was working out, and I asked him why he wouldn’t do squats. He told me about his knee. He talked about his football days; he tore his ACL playing high school football. He was thinking he would go pro, but with the torn ACL, from that point on, he lead of life of crime. He told me his uncle was going to pay for half of his surgery and his wife would pay the other half and he could finally get a decent job. The guy was in terrible pain all the time and never had the money for the surgery. But he worked out every day, and he wanted to be able to squat.

I told him how the ACL can heal if it’s not severed. I told him he just needed to fix his arches. He laughed and called me an idiot. Everyone listening started made fun of me. But I persisted, and we made a deal. I would fix his arches and he could do a full squat, or I would give him all of my commissary for a month. Everyone laughed at this, called me names, and a few people threatened to kick my ass for being such a bullshitter. But he let me do it. I pushed back in his arches, adjusted his hips as well, and then he did a full squat for the first time in years. The look on his face almost made jail worth the stay. Actually, honestly, it was worth it. I love healing people more than anything. Within seconds there was a line to my bunk of people waiting to be cured of whatever ailed them.

Running and squatting with good form can heal the joins and ligaments. It should be noted here that adequate nutrition makes a huge difference as well. If you don’t get the nutrients to fix the injuries, the injuries will persist in most cases, or at least easily come back at the slightest opportunity.

Vibram Five Finger Shoes and How to Run

I am a huge fan of Vibrams. They are all I ever wear. They allow for independent toe movement which builds arch strength and aids in walking and running more efficiently.

I run with a mid-foot strike, unless I am sprinting. When I sprint, I run on the balls of my feet. If you want to know how to run, do it barefoot first. Find a safe place where you aren’t likely to step on glass or rocks or anything dangerous. Run. See how it feels. Adjust your form. Forget what you knew; just feel your body. It will tell you the proper form very quickly.

Many people have flat feet and don’t realize it. Even if arches are a little flat, as in, just slightly out, this can cause significant pain and misalignment.

Avoid Back Labor and Improper Infant Positioning at Birth

Vibrams aren’t just for running. I recommend  Vibrams for anyone who is pregnant. Get them immediately! And squat. If you aren’t too far along in your pregnancy, you should be doing lots of full squats and lots of walking. Hips being out of alignment (as mentioned, typically caused by flat arches) is a very common cause of back labor and difficulty delivering. If Vibrams are not an option, or the pregnancy is in its third trimester, go with orthopedic shoes that will push the arches back in and keep them in.

While there are many variables, for most people, fixing their feet fixes not just the knees, hips, and lower back, but the whole spine all the way up to the neck. And I suspect that this is not something chiropractors talk about because everyone that I’ve ever gotten to start primarily wearing Vibrams has been able to completely rid themselves of back and neck pain within a few months. Obviously, as readers of OLM are well aware, the money is in treatment, not cures.

Fix Your Arches and Start Running Without Knee Pain

Put your arches back in yourself. If you don’t believe that this is the cause of your knee pain, just give it a try and see what happens. It may get a little better every time, or they might just pop right into place, but in almost every case, it will make a perceptible difference.

How to fix you arches:

A golf ball, a tennis ball, any small ball, a towel rolled up, a rock, anything that you can put weight on with your foot can be used to push your arches back into place. Put pressure all over your arch by pushing down on the object. Stand on it if possible. Put in one arch at a time (both are usually out but one is almost always worse than the other). The flatter the arch, the more it hurts. But you will find that the more you do it, the less it hurts to push them back in.

Take your time. Give yourself a strong foot massage using this method. Push in hard. You should be able to feel it when the arch goes back in. But they won’t always go in all the way at first.

Now do a squat. Better? It should be. Feel free to contact me if you have any questions on this.

The next step is to get Vibrams. Walk barefoot or in Vibram Five Finger shoes as much as possible. Use your toes too. Feel them push off with each stride. And then, take up running if you don’t already. And squats. Get up to 100 bodyweight squats, and you will be amazed at how much your body transforms!

How Get Vibram Five Fingers That Fit a Tight Budget

If you’re on a tight budget like me, you’ll notice that Vibrams are expensive! But I typically spend about 1/3 the price. During the right time of year, just before the new models come out, sales are to be found up to 50% off. In addition, if you go into a store that sells them you can get yourself fitted and then check on eBay or Craigslist for people who are selling them. Lots of people get the wrong size, or just don’t know how awesome they really are. I just bought a pair for $30 on eBay because they are slightly used. I like to get them used because they are much less likely to be counterfeit that way (that’s a problem with Five Fingers, and the counterfeit ones are garbage).

The Bikilas have the most padding, perfect for the beginner Vibram wearer and your everyday walking shoe. But I prefer to do my runs in a pair with minimal padding.

How to Combat Common Running and Walking Ailments

Diet is paramount. If you eat crap, your body goes out of alignment  I’m not going to get into the details of why in this post, but even your arches can drop due to a toxic diet without enough nutrition. And injuries take time, so take your time ,too, if you’re recovering from an injury. With the right shoes, or no shoes at all, and the right nutrition  almost anyone can completely rid themselves of knee and back pain for the rest of their lives. I did. And I’ve helped many others do the same.

Arches that don’t stay in place are often a sign of hypothyroidism. Check out : Treating the Root Cause of Thyroid Problems