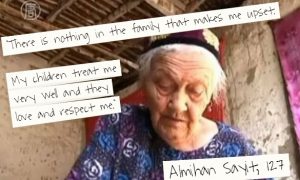 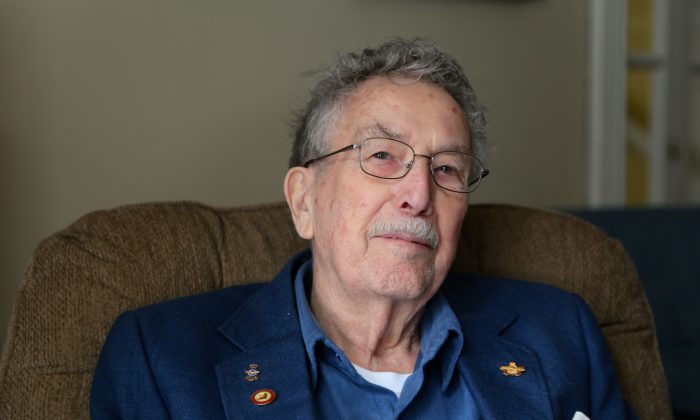 People keep asking me, “Bill, you’re 90, how do you do it? You’re part of the Legion National Colour Party, you are involved with the maintenance of a cemetery, you are a member of a radar group writing books, making CDs, etc. and getting the word “radar” into the National War Museum.”

And that’s not all. Friends ask “How do you do it?” when they see me drinking martinis, going out with my wife, Phyllis, to the National Arts Centre and enjoying life.

It’s very simple. Take, for instance, a martini. You fill a glass with ice, then pour in some gin and a touch of dry vermouth, add an olive and you’ve got yourself a martini.

Most people agree that walking is good for your health, and yet where I live very few walk. If they have to go to the grocery store two blocks away, they drive. Every morning when I get up I go to get the paper (rain or shine). I walk to the end of the veranda and back, which seems like a mile and a half, so I sit and read the news. My advice is to walk when you can. It’s free, costs nothing and it not only makes your life longer, but you feel better. It also keeps you looking trim.

Here are a few other suggestions for long life. Quit worrying. It you ask me “What is the most important key to longevity?” I would have to say it’s avoiding worry, stress and tension. Okay, what are some of the things people worry about these days? Well, they’re worried about crime on the streets and home invasions, overpopulation, grey hair, no hair, wrinkles, inflation…. I could go on, and I think I will. There’s depression, unemployment, loan sharks, but that’s enough. Worry, stress, and tension are not only unpleasant, they can also shorten your life.

My attitude is: If there is something beyond your control, if you can’t do anything about it, there is no point worrying about it. I feel that way when Phyllis is driving on an icy road and the car is bouncing from curb to curb. It’s not my problem. She just renewed her driving license, so it’s the concern of the license bureau. These attendants get big pay from Ontario, so if we crash it’s their fault. Let them worry about it.

I can honestly say that I was not even uptight about my carotid artery operation (mini stroke) two years ago. It was beyond my control. I did, however, advise the surgeon that the day was our wedding anniversary. It was beyond my control. It was the doctor’s business; that’s what he does for a living. When I came out of the anaesthetic, I heard the surgeon say: “William, you did great, you’re just fine.” I said: “Doctor, I wasn’t the least bit concerned.”

The surgeon replied that he had been a nervous wreck. Even that didn’t bother me. What did bother me was when the new preacher touched my arm when I was sound asleep and I involuntarily took a swing at him, thankfully missing.

Keep busy. As I write this, thousands of people are about to retire. I have one word for them: don’t. I know that for some people retirement works out fine, and they adjust to it. I don’t know how they do it, but they enjoy retirement. I also know that for many others it presents problems. One problem is that all those things you thought were so much fun when you were working are not so much fun when you are retired.

Take the golf nut. He couldn’t wait to get away from his desk to squeeze in nine holes. Now he can play every day, and not just nine holes. He can play 16, 18 or 37 if he can still walk. After a month of this he hates golf and can’t stand grass, so he figures he’ll try fly fishing. He buys a fly rod, hip boots and all the paraphernalia. Then he finds a beautiful stream. After a month, he can’t look at another fish. But that’s okay because the fish can’t look at him either. So he decides to stay home for a while. After three weeks looking at his wife, he’s back fishing again.

To me the biggest danger of retirement is what it can do to your attitude. When you have all that time on your hands you think old, you act old and it’s a mistake. I see people who the moment they are 55 start rehearsing to be old. They start taking little steps, they practice grunting when they sit down and grunting when they get up, drop food on themselves, take little naps when you’re talking to them and by the time they get to be 70 they’ve made it—they’re now “old”. Not me. When I was 68, I went water-skiing for the first time. I have a video to prove it. After crashing in the middle of the lake, I got up and skied home.

When Phyllis retired at 84, I also retired. But I now firmly believe that you should keep working as long as you can. If you can’t, do what I did. I became a trained volunteer fire fighter. You often have to get out of bed at 3 a.m. to respond to a grass or chimney fire. Don’t wait for something to happen, make it happen. Keep your body and mind active. Remember, you can’t help getting older, but you don’t have to get old.

Think young. As they get older too many people tend to hang around with each other and compare ailments. That might be fun, but it’s good to mix with young people, too. I love being around young people. I figure some of that youth will rub off on me. And maybe some of what I’ve got will rub off on them. When I say think young, it doesn’t mean I’m trying to be young. I don’t wear tight jeans. If I did, it would be just to help me stand up. When I talk about thinking young, I’m talking about enthusiasm, keeping active, having plans for tomorrow, meeting people and doing things. I look to the future because that’s where I’m going to spend the rest of my life.

A lot of people are too quick to decide that their life is over. And if you really think it’s over and have no place to go, I advise you to take very short steps. It’ll take you longer to get there.

I feel sorry for people who live in the past. I know it was cheaper then and I know that some people had very interesting pasts, but you can’t keep looking in the rear-view mirror—unless you enjoy having a stiff neck. Old memories are fine but you still have time to make new memories. I don’t live in the past.

I’m writing my life story. I find it keeps my mind active and my fingers nimble and my eyes keen. When my story is done, the romance will be over, but I’ll have overcome getting old, and remembering how good yesterday was. And tomorrow is another mountain to climb.

When people get a little older they are frightened to make a change in their lives. It’s easier to stay in that same rut. To me that challenge is exciting. Some of the things I didn’t want to do were the best things I ever did. At 80, I wrote a book on radar in Canada during WWII. I had 300 copies printed (the only history of Eastern Canada defence) and sold all copies. Now I wish I had printed 1000.

Last Remembrance Day I was on parade with the National Colour (flag) Party of the Legion. I was most fortunate to have been invited to the inauguration of Governor General David Johnston when it took place in October 2010.

There’s an old saying that life begins at 40. That’s silly, because life begins every morning when you wake up. Just because you’re old doesn’t mean you can’t have a full, vigorous and active life. Open your mind to it. Don’t just sit there, do things. Swim in the Ottawa River at Britannia Bay, find a cure for the common cold, be first to go over the Chaudiere Falls in a rocking chair. The possibilities are endless.

If all else fails, try doing something nice for someone who doesn’t expect it. I try to do it every day. You’ll be surprised how good you‘ll feel. The possibilities are there, just grab at least one a day. The point is that with a positive attitude and a little bit of luck, there’s no reason you can’t live to be 100. And once you’ve done that you’ve really got it made because very few people die over 100.

I have another 10 years to go and I intend to make it. How about you?

Born in 1923 in Ottawa, William McLachlan was a sergeant in the field of radar in the mid-1940s. He later became a teacher, retiring in 1984. He is a life member of Montgomery Legion and was awarded the Legion Meritorious Service Medal in 2008. As the Legion padre, Bill visits veterans and conducts Legion funeral services.