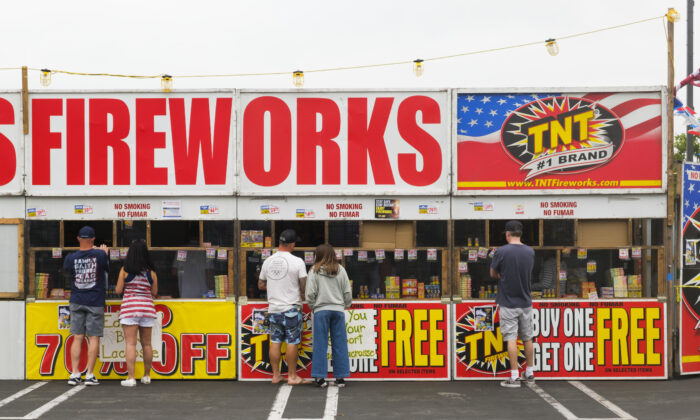 How to Celebrate With Fireworks in Orange County

Fireworks are banned in many Orange County cities, but some allow “safe & sane” fireworks.

Safe and sane are generally neither projectile nor explosive. Ground spinners, pinwheels, crackling items, sparklers, fountains, and most novelty products are examples.

Some cities designate areas for firework stands to operate and sell legal fireworks that are State Fire Marshal approved.

Safe and sane fireworks that are altered in any way are considered illegal.

Fines for illegal fireworks may result in up to a year in jail, according to Cal Fire (pdf).

Residents are encouraged to report the sales, possession, or use of illegal fireworks to their local police department.

Residents can look at their specific cities’ rules about when fireworks are allowed to be set off as the guidelines vary between days and times. Some city sites also provide maps of where fireworks stands are located and areas of the city where all fireworks aren’t allowed.

Fourth of July firework shows will be held in the cities that ban the use of personal fireworks. Details can be found on the Orange County Fire Authority’s website.

According to the Orange County Fire Authority, thousands of burns and eye injuries occur during Fourth of July celebrations each year.

For some veterans, the Fourth of July can be another exciting holiday to celebrate, however for others, unexpected fireworks or any display near them can be shocking and generate flashbacks and feelings of anxiety.

Kelly told The Epoch Times that some veterans struggle tremendously to leave town or even the country because of the fireworks.

People can be respectful of veterans by recognizing signs in their front yards identifying a veteran living in that home and respectfully setting off fireworks in another location.