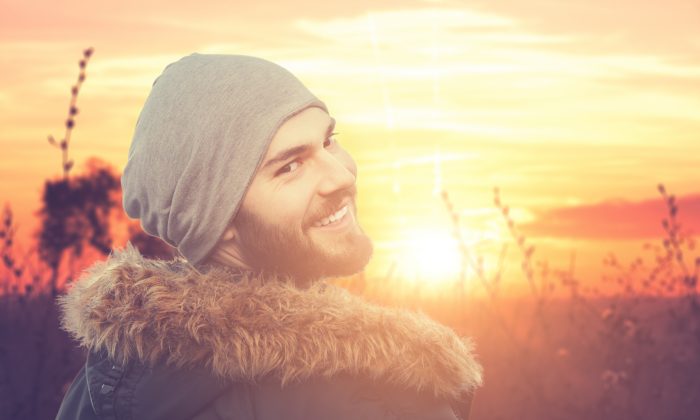 How the Weather Can Affect Your Mood

Weather can be sunny, stormy, dreary or unpredictable but then so, too, can your mood. The way you feel on any given day may actually be intricately tied to the weather forecast in ways science is only beginning to understand.

Many people are now aware that spending time outdoors on a sunny day, and allowing the sun to shine on your bare skin, is necessary for your body to produce vitamin D, which also plays a role in serotonin production.

A sunny day can make you feel inexplicably happy, but only if you can frolic outdoors.

Serotonin, the brain hormone associated with mood elevation, rises with exposure to bright light and falls with decreased sun exposure. This is one reason why bright-light therapy is so effective for treating people with seasonal affective disorder (SAD), which is sometimes referred to as ‘winter depression.’

This is only the tip of the iceberg, however. A sunny day can make you feel inexplicably happy, but only if you can frolic outdoors. People who are stuck indoors on a sunny day may feel their mood plummet, and the weather also has significant (and often subconscious) effects on behavior and more.

The association between weather and psychological changes has led to some inconsistent results. Research published in the journal Psychological Science found this may be due to two important factors: the season and how much time is spent outside.

Pleasant weather was associated with higher mood, better memory and ‘broadened’ cognitive style during the spring as time spent outside increased. The same could not be said for mood and weather during other times of the year, and the hot summer months were associated with lower mood.

The researchers reasoned that pleasant springtime weather has such a positive effect because people have been deprived of pleasant weather during the winter. Researcher Matthew Keller summed it up quite simply by saying, “If you wish to reap the psychological benefits of good springtime weather, go outside.”

How the Weather May Control Your Behavior

When the sun comes out, you may alter your behavior without even realizing it. Studies suggest, for instance, that on sunny days people help each other more and leave more generous tips when eating at restaurants.

Research published in The Journal of Finance even found sunshine is significantly associated with stock returns (while rain and snow are not). If you’re looking to find a date, you may fare better when the weather’s sunny as well.

Another study conducted by the same researcher, French psychologist Nicolas Guéguen, also found drivers were more likely to pick up hitchhikers on sunny days than they were on cloudy days. “Perhaps the positive mood induced by the sunshine promotes helping behaviors,” he and a colleague concluded.

On the other hand, separate research revealed that the further the temperature rises or falls from an ideal 68 degrees F, the lower helping rates become.

People have been found to recall up to seven times more objects when quizzed on cloudy days as opposed to sunny ones. “Shoppers in a negative mood showed better memory and higher discrimination ability,” the researchers noted.

Still other research analyzed 682 actual university admission decisions. It turned out that applicants’ academic attributes are weighted more heavily on cloudier days while non-academic attributes were given more weight on sunnier days. According to the study:

“The documented effects are of both statistical and practical significance: changes in cloud cover can increase a candidate’s predicted probability of admission by an average of up to 11.9 percent.”

Crime Rates Rise Along With the Temperature

Sunny weather isn’t always a good thing, however, particularly when it means temperatures are high. Crime rates increase during the summer months, according to the U.S. Department of Justice (DOJ).

A DOJ study revealed rates of serious violent crimes, household larceny and household property victimization are significantly higher in summer months. There are a couple of reasons why this may be.

Hot, sticky weather may make people feel irritable, causing them to act out with increased aggression and hostility.

Hot, sticky weather may make people feel irritable, causing them to act out with increased aggression and hostility. Summer weather also attracts people outdoors, which means there are more social interactions and more opportunities for arguments and crimes to ensue.

The exception is when it starts to get really hot (90 degrees F and over); then even criminals tend to stay inside to cool off.

In the video above, Liana Scott describes how spending 20 minutes outside on a sunny, spring day helped her to relieve symptoms of depression. She wrote via the Healthy Place:

“I know only too well how a sunny day can mock you and taunt you and make you feel even worse than you already do. You close the blinds, pull the blanket back over your head and wish that you had the energy to go outside.

The truth is, however, that going outside and getting a little bit of sun and fresh air can go a long way to relieving depression symptoms, even if it’s just for a little while. I didn’t stay out for long, only about 20 minutes, cleaning up here and there.

I could almost feel the vitamin D, sometimes called the sunshine vitamin, seeping into my skin. Okay, I know, that was a little over the top. But still, those twenty short minutes in the sun and fresh air revived me. For the first time in a long time, I felt energized.”

It may sound like a stretch, but giving your body a dose of needed vitamin D may have a significant effect on your mood and even more so if it’s done regularly to keep your levels within the optimal range. People suffering from anxiety and depression are more likely to have vitamin D deficiency.

Further, in one previous study seniors with the lowest levels of vitamin D were found to be 11 times more prone to be depressed than those who had normal levels. A double-blind randomized trial published in 2008 also concluded:

“It appears to be a relation between serum levels of 25(OH)D and symptoms of depression. Supplementation with high doses of vitamin D seems to ameliorate these symptoms indicating a possible causal relationship.”

Get Outdoors Often When the Weather Is Pleasant

The take-home message here is simple: when it’s nice outside, get outdoors and soak it in as often as you can. Parks, nature preserves and backyards can all provide children and adults with much-needed access to green space as well, so for the best results try to take in nice weather while surrounded by nature.

If you live in a locale with frequent poor weather and you believe it’s negatively affecting your mood, you may wish to consider moving to a region with a better climate.

Elevate Your Mood with Exercise