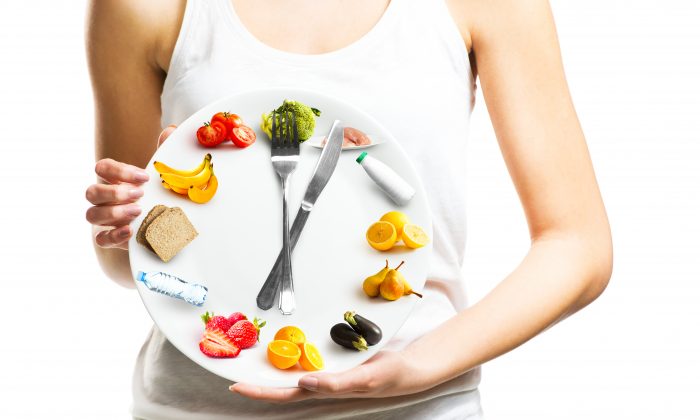 How Intermittent Fasting Might Help You Live Longer and Healthier

A few years ago, my wife, Diana, and I became interested in the research on intermittent fasting for various health benefits, and decided to try it ourselves. Fasting for various lengths of time has been shown by studies to help prevent or treat heart attacks, diabetes, certain cancers, and premature death in animals.

“Intermittent fasting” does not mean the complete avoidance of food and drink. Instead, you markedly reduce your intake of food during certain periods. The benefits can be seen as long as you significantly reduce your total caloric intake during those periods, as found by a 2006 study published in the journal Medical Hypotheses.

We decided many years ago that the three-meals-a-day pattern was just too much food for our needs and I think that is true for most people over 40, 50 or 60.

Different researchers and authors have used different definitions of intermittent fasting for their studies:

Research has not yet been able to prove that any one method of intermittent fasting is superior to other methods.

Our Version of Intermittent Fasting

Diana and I chose to follow a liberal alternate-day program of “fasting” because we can do it without keeping a calendar or making special schedules. When we have lunch or dinner dates with our friends, we let that take precedence and just skip that day or make the next day a fast day.

We eat a plant-based diet, with fish two or three times a week and occasionally cheese. For breakfast every day, I eat oatmeal made with water and added raisins, and Diana eats cooked black beans. On “non-fast” days, between noon and 3 p.m., we go out to eat our second meal, typically vegetables, salads, soups, seafood, and fruit, with no limits on portion sizes. On “fast” days, we do not eat that second meal. Whether it is a fast day or not, we snack on nuts, fruits such as oranges, and vegetables such as tomatoes or cauliflower, as often as we like. We know that no one can depend on will power, so we do not keep any other foods in our kitchen. We do not snack after 7 p.m.

Note that we eat only two meals a day on our regular days. We decided many years ago that the three-meals-a-day pattern was just too much food for our needs and I think that is true for most people over 40, 50, 60, or whenever the weight starts to creep on. We live in a large retirement community where we are surrounded by older people and what a sad picture it is; at least 80 percent and maybe 90 percent are overweight.

What This Program Has Done for Us

After a bicycle accident that required major surgery, Diana found that she had lost more than three inches in height from compression fractures in her spine. She decided to use a strict program of intermittent fasting to bring her weight down to match her new height. She lost 15 pounds in six weeks, so where she had been 5 feet 9 inches tall and weighed 135 pounds, she is now under 5 feet 6 inches and 120 pounds. I was so impressed with her results that I decided to try it myself. I am 5 feet 10 inches tall, and after just a few months on the program, my weight had dropped from 168 to 138.

When we reached our goal weights, we went to our more relaxed program and have since maintained our weights without much effort. Diana exercises vigorously every day even though she has severe rheumatoid arthritis, and she believes that staying active and keeping her weight down help to control the pain.

Intermittent Fasting – Is It for You?

I have to keep my weight low because of my genetic predisposition to store all my fat in my belly. I have very narrow hips. I had high blood sugar levels when I weighed 168 pounds, my father died of diabetes and my brother is diabetic.

Almost everyone with a large belly and small hips already has high blood sugar levels and is at high risk for diabetes and heart attacks. In a 2014 study published in the journal Translational Research, intermittent fasting markedly helped decrease belly fat.

Certain conditions may be complicated by fasting, so be sure to check with your doctor if any of the following apply to you:

This article was originally published on DrMirkin.com. Subscribe to his free weekly Fitness & Health newsletter.