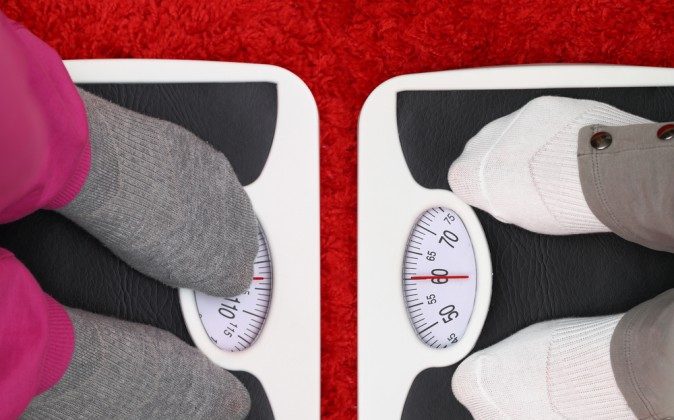 How I Lost Over 150 Pounds, and How My Life Changed

I used to weigh 368 pounds. I had a 58 inch waist. I was 46% body fat. In addition, I was often sick and had many allergies. My body hurt. Moving was becoming more and more difficult. I was only 17.

I was one of the targets at my school. I was ridiculed and picked on incessantly. The name that everyone knew me as was Fat Ass or sometimes Pillsbury.  And I did have a fat ass. It was huge. I did not store my excess fat in a manly way. It was all badonkadonk!

I was beat up regularly, and I felt tortured. Before age 17 I had been in about 75 fistfights, none of which I started. I would get jumped by someone, and if I won, I got jumped by three of his friends. I was the laughing stock of the school and the punching bag for anyone looking to get some fight cred, or to just take out their anger.

I was rarely taken seriously, and the few friends I had were younger than me, as no one my age would be seen with me. While I appreciate the friends I did have, I was still the punch line for many of their jokes. All this simply led to more eating.

On top of all of this, I had a very hard time with social skills. Looking back and talking with some doctors, it became clear I suffered from undiagnosed Asperger’s syndrome, as well as a host of other developmental issues. I was tactile defensive, and had a very hard time properly communicating with people. Looking people in the eyes was (and at times still is) extremely difficult.

How I Got in Shape

I owe that weight loss to a beautiful woman I had a huge crush on. She was older than me and absolutely stunning. I had to be with her. It was the best motivation a 17-year-old virgin could hope for.

The day after I saw her, I rode my bike to the YMCA. I worked out, lifting weights and using the Stairmaster. I ate more fruits and vegetables and stopped eating entire packages of hot dogs, whole blocks of cheddar cheese, and half gallon conatiners of yogurt. As much as I loved to tell people that I was genetically predisposed to obesity, the reality is I ate like there was no tomorrow.

I remember that first day I went to the gym. It was a Tuesday. Then came Wednesday. The only difference between that Wednesday and every other Wednesday that preceded it was that I went back to the gym, and I continued to eat better.

I didn’t do everything right, though. I didn’t know any better. I drank Sprite like it was going out of style. I followed the old food pyramid model, so bread was the foundation of my diet. But I quit bingeing, and I exercised every single day like a man possessed. I lifted weights 5 days a week, played basketball 6 days a week for 2 hours every day, and I ran 6 miles every Sunday. I could not be stopped.

At almost one year to the day, I got my weight down to 215 pounds. I still had a little chub, but I was in incredible shape. I ran 30 miles just to see if I could run a marathon without stopping.

Obviously, I was not made fun of the way I used to be. I wasn’t picked on. I was able communicate better, to socialize, and to be more comfortable with eye contact and touching. A couple of times, some of the people that used to torment me tried to pick a fight, and I was able to scare them into backing off. After all the fights I had been in, my new found confidence, my ability to communicate, assert myself, and intimidate, as well as a massive amount of real world experience with fighting, I was easily able to convey to people that I was no longer an easy target. The few guys that decided to try me anyways got put in their place, and that only increased my confidence.

Oh…and I got the girl.

It actually felt like I could have had any woman in that town. At age 18, I knew what it felt like to be popular for the first time in my life. I dedicated my life to putting a stop to bullying. It was a rough town I grew up in, and my friends and I (and I had many more at that time then I ever did in my life) went around looking for people who were being picked on. We would stop the bullying. If need be, I did it by force. Then I moved away, and my vigilante days were over. Well, for the most part. I’ll still fight the good fight if someone is in need.

I still, to this day, struggle with my weight. It is an ongoing battle. Some people need to throw out the scale. I need to weigh myself every single day. If I don’t, I quickly notice my pants getting tight. My weight fluctuates by about 25 pounds. I’m 6’3″, so that’s not as extreme as you might think, but it’s still a lot.

About 10 years ago, I ballooned back up to 290. I knew much more about health at this point, as I had been studying naturopathy for many years, but I had not been practicing what I preach. I was engaged to what is commonly referred to as a “chubby-chaser” and we ate and ate and ate together. I loved to cook, we both loved to eat, and she was a tiny little Asian woman who could eat almost as much as I could and not put on a pound. We ate a lot of starchy Asian foods like sticky rice and fried noodles. It was easy to put on the weight with her. But eventually I wanted to get back in shape. Not because I was being picked on, not because people didn’t respect me, and not to “get the girl.” I wanted to get in shape for me this time. As I lost weight, I noticed once again a tremendous difference in how I was treated. I hadn’t even noticed the decline in how people looked at me as I gained the weight, but as it came off, everyone seemed to respect me more and more. My ideas at work were given more consideration, and people wanted to ask my opinion more often. I was invited out more. And that chubby-chasing girl friend of mine? Even she changed her tune. She was digging the new me, a version of the old me that she found a new appreciation for. (And ever since then she has preferred men in good physical condition, so I guess I cured her of that).

How I Lost 50 Pounds

I worked out, of course, but this time I had a job and a life, so working out to the extent I did before was not an option. I cut out all of the refined foods. I severely limited the starches. I got down to 220. My diet was 80% raw fresh fruits and vegetables, mostly vegetables. I ate a huge salad every day for breakfast. It filled me up for hours and eliminated my cravings for the rest of the day. Instead of my famous pesto pasta, salads became my specialty.

I also drank a gallon of stevia sweetened lemonade with cayenne every day. This helped to reduce my appetite considerably as well, and it also flushed toxins. A healthy liver facilitates healthy weight loss.

My snacks were produce, usually vegetables. Not just celery and carrots like most people think about when they think of snacking on veggies, I ate kale, collards, chard, beets, peppers–any vegetable that could be eaten raw. I was known for a being the guy who ate vegetables the way people eat fruit. “He’s eating that bell pepper like it’s an apple!” they’d say, bewildered.

Those are my three biggest recommendations: A gallon of stevia sweetened cayenne lemonade with made with clean pure drinking water, a big salad every single day, and snack on produce as well.