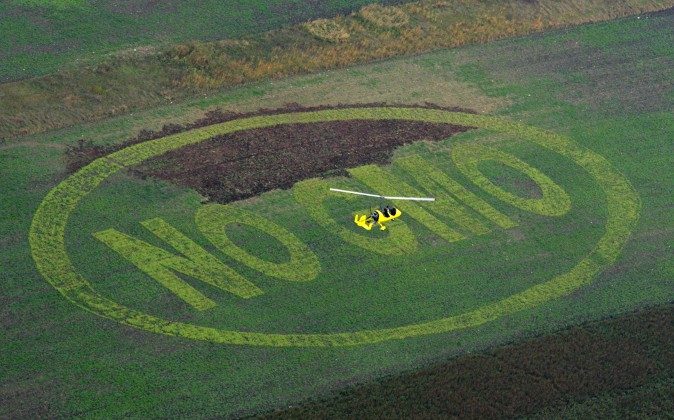 A new study indicates that foods genetically modified to tolerate the use of the widely used herbicide glyphosate are changing the bacteria in the guts of those who eat them. The study looked at the impact of glyphosate on the microbes in the stomachs of cows. Researchers found that glyphosate caused dysbiosis, microbial imbalance, which lead to Botulinum Neurotoxin being be produced in the rumens of cows. The study recommended that the “global regulations restrictions for the use of glyphosate should be re-evaluated.”

That is not the only study to link microbial changes to glyphosate. A study on poultry conducted a few years ago found that glyphosate caused dysbiosis which in turn caused certain deadly pathogens to be present including Salmonella. Researchers concluded that “a reduction of beneficial bacteria in the gastrointestinal tract microbiota by ingestion of glyphosate could disturb the normal gut bacterial community.”

The one study on the effects of either glyphosate or GMO foods on human microbes found the transgene epsps, an enzyme in plants, from GMO soy in the small intestine.

Studies on GMO foods have linked them to other problems, including infertility, immune problems, and changes in major organs. One study of mice in particular linked GMO corn to liver and kidney damage. “Our analysis highlights that the kidneys and liver as particularly important on which to focus such research as there was a clear negative impact on the function of these organs in rats consuming GM maize varieties for just 90 days,” the study concluded.

The U.S. Food and Drug Administration (FDA) states that GMOs are regulated “to help ensure they are safe to eat.” Despite the FDA’s assurances that GMO foods are safe to eat, the American Academy of Environmental Medicine (AAEM) published a position paper in 2009 that advised against eating GMOs. The paper stated that GMO foods “pose a serious health risk.” The AAEM called for a moratorium on GMO foods and for physicians to advise their patients not to eat them.

Read more about avoiding GMOs in the grocery store

GMO foods are widespread in the American diet. Most corn (about 85 percent) and soy (about 90 percent) in the U.S. are GMO. An estimated 75 percent of processed foods contain GMO ingredients. The best way to avoid eating GMOs is to eliminate processed foods from your diet.