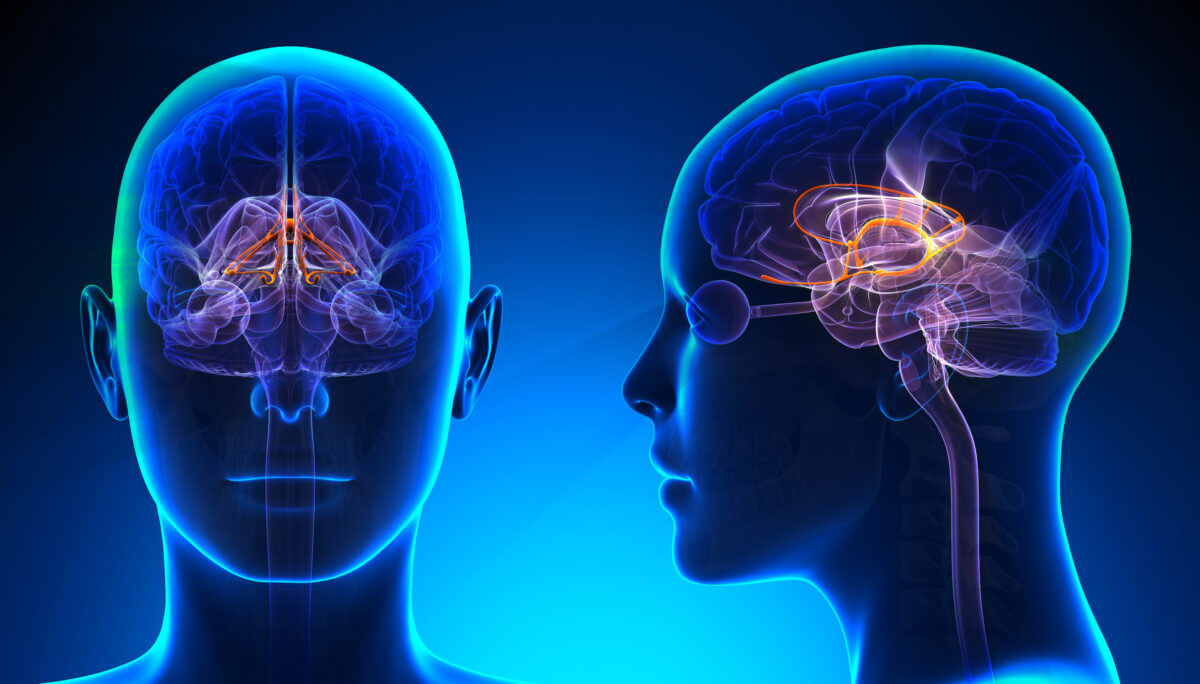 All of the sex hormones have an impact on the limbic system. Basically, they are associated with dramatic, intense feelings that can be a trigger for good as well as not so good.(decade3d - anatomy online/shutterstock)
Hormones

How Do Hormones Affect My Teen’s Brain?

You’ve heard of the terrible twos. Then there’s the tumultuous teens. That’s when the surge of hormones affect the teenage brain, impacting their behavior, mood, and decision-making skills. It is a time of great emotional growth, a time to practice patience, and most of all, a normal part of the life cycle that will eventually pass.

Since it is a normal, albeit challenging time for all concerned, it helps to understand what’s going on in the body and mind of teens. So how do hormones affect teens’ brains?

How Hormones Affect the Teenage Brain

The adolescent brain is its own animal: it’s not a bigger toddler’s brain, nor is it a smaller version of an adult’s brain. As many parents will attest, teenagers seem to be in a class all their own!

As children get older, their hormones begin to surge throughout the body, including the brain. The initial flood begins deep in the brain (limbic system, where the amygdala is located) where much of emotional processing takes place. This is a time when parents will likely notice mood swings, which are caused by fluctuations in the sex hormones—estrogen, progesterone, and testosterone.

The amygdala is involved with emotions such as fear, anger, sadness, depression, and control of aggression. This is the area where memories of emotions and events are stored so we can use them for future reference.

According to Anna Tyborowska, a neuroscientist at Radboud University in the Netherlands, “Adolescents activate the amygdala more in emotional…situations.” Thus the limbic system takes control for a while, leaving the area behind the forehead—the prefrontal cortex where decision-making occurs—to mature a bit later (actually, around age 24). This helps explain why teens often make emotional choices without thinking them through using a mature decision-making process.

Study of Teens’ Brains and Hormones

At Radboud University, researchers studied 49 boys and girls, all aged 14 years, to see how hormones affected their emotions. The brain activity of the participants was measured using functional magnetic resonance imaging as the teens performed a simple task that involved reading emotions on faces that were shown to them.

At the same time, the scientists measured levels of testosterone, a hormone that rises during puberty. Testosterone increases impact how the adolescent brain functions.

The scientists found that teens who had lower testosterone levels tended to rely on their limbic systems, while those with higher testosterone used their prefrontal cortex, which helped them better control their emotions.

This study was the first to demonstrate that testosterone is behind the brain changes that occur during puberty, noted neuroscientist Barbara Braams, at Harvard University. The researchers pointed out that the task the participants completed was very simple, and that more challenging or stressful situations in real life, such as bullying or divorce of parents, would be more difficult for teens whose brains had not yet matured enough (i.e., the prefrontal cortex) for them to better control their emotional reactions.

More About Hormones and Teen Brains

All of the sex hormones have an impact on the limbic system. Basically, they are associated with dramatic, intense feelings that can be a trigger for good as well as not so good.

For example, during this time of intense neuron activity in the brain, young people are heavily influenced by people, situations, and circumstances in their life. This could result in being positively influenced by a mentor or a social cause or negatively impacted by stress and peers who are using drugs.

The bottom line is, the raging hormones result in teens seeking experiences that make them feel intensely. For some it may be the rush of playing quarterback on the school team, listening to music at ear drum breaking volume, becoming the school spokesperson for fighting climate change, or falling in love, or it could mean experimenting with drugs and alcohol or joining a gang.

The possibilities, as parents know, are many and challenging.

Hormones also have an impact on other aspects of teens’ lives. Many kids find it more difficult to concentrate in school. Sleep also is affected. The hormone melatonin, which is involved in maintaining the sleep/wake cycle, is released about two hours later in teens than it is in adults. This means teens typically don’t feel like sleeping until after 10 PM.

At the same time, the hormone lingers in the brain longer in the morning, which can make teens groggy right when they need to be getting to school. Eight to 10 hours of sleep is important for teens because of the many changes occurring in their brain during adolescence. Insufficient sleep can affect behavior (more aggressive), make them more prone to pimples and other skin problems, affect their ability to learn and concentrate, and increase the likelihood they will partake of alcohol, nicotine, or caffeine.

Hormones play a significant role in the function of the teenage brain and as a consequence, how adolescents behave, think, make decisions, and feel. It’s a time when parents, teens, and other concerned family members and friends need to strive to understand what is happening biologically and emotionally and communicate their love and concern in caring ways.