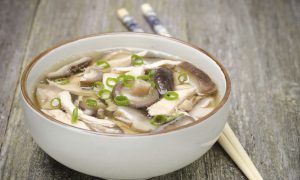 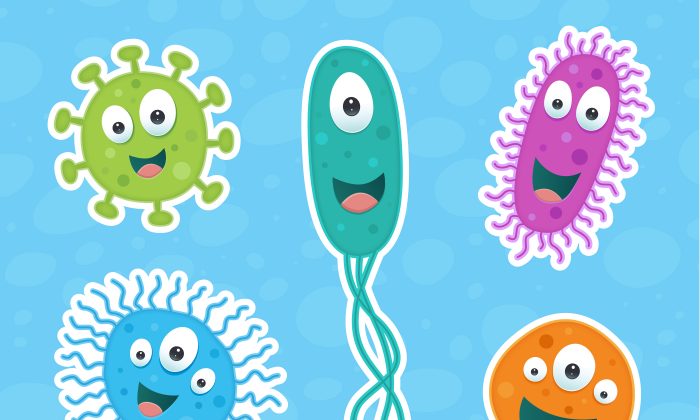 For thousands of years, people thought disease was divine punishment for their sins. Eventually, the Egyptians and Hebrews noticed that contact with lepers could transmit leprosy, but even after this realization, knowledge of how people get sick progressed very slowly. Greeks and Indians learned to treat wounds with moldy bread, unwittingly using them as a natural antibiotic.The collective work and sacrifice of many scientists such as Dr. Ignaz Semmelweis, Louis Pasteur, Robert Koch, Emile Roux, and Sir Alexander Fleming changed our understanding of disease and how it is transmitted. But while germ theory tells us how people get sick, it does not tell us why some people become ill when others do not.

In 1847, Dr. Ignaz Semmelweis made the connection between childbed fever and doctors who worked with cadavers before delivering babies without washing their hands. Using simple logic and the process of elimination, he found lack of cleanliness to be the only difference between one clinic with a high death rate and another (run by midwives who did not work with cadavers) with a low death rate.

Semmelweis’ revolutionary and controversial notion of hand washing only gained acceptance years after his death, but once adopted, hand washing reduced the childbirth mortality rate by 90%.

Louis Pasteur taught us that microorganisms do not develop without contamination. Before his experiments proved otherwise, general thought still supported the idea of spontaneous generation – that bacteria just grew from nowhere. Experiments with pasteurization and sterilized closed flasks proved otherwise. Pasteurization led to the prevention of food poisoning and the practice of proper canning techniques.

Pasteur and Emile Roux invented the rabies vaccine, an incredible discovery that has saved countless lives. When human beings are infected with the virus, the disease is nearly always fatal if they did not receive a vaccination. (There has only been one documented case of a rabies survivor who wasn’t treated with the vaccine). Rabies kills more than 50,000 people a year.

Louis Pasteur and Emile Roux’s idea was genius. They treated the infected patient with the rabies vaccine, which contained a weakened virus. The rabies vaccine trained the immune system to fight off the virus before the wild rabies virus has a chance multiply in large enough numbers to wreak havoc on the body by attacking the nervous system and the brain. Note: this was medicine used to treat a sick person not medicine used to prevent disease in a healthy person.

Sir Alexander Fleming, a Scottish biologist, officially discovered penicillin in 1928, though molds and moldy bread had been used to heal wounds since ancient times. Penicillin was the first antibiotic, a classification of drugs that began with substances derived from molds and other microbes that either killed bacteria (bactericidal antibiotics) or halted the growth of other bacteria (bacteriostatic antibiotics). Later these natural occurring substances were replaced with chemical compounds or synthetic varieties.

How to Optimize Your Immune System Naturally

We Understand Germs, So What Are We Doing Wrong?

If we focus too much on germs and how to defeat them, it’s easy to miss the real goal – ensuring our health.

Constant hand washing isn’t a problem for most of us; generally it is reserved for those with obsessive compulsive disorder. Instead we made the mistake of thinking antibacterial soap was a good idea. Might as well kill the germs when we wash, right? Wrong.

Germicides such as triclosan, and triclocarban, are found in over half of all soaps sold in the U.S. There is no scientific evidence that justifies its widespread use, and there is a lot of evidence that suggests antimicrobials are actually quite harmful and make us more prone to getting sick. Even worse, if we do get sick, we are more likely to get sick with an antibiotic resistant bacteria.

Furthermore triclosan acts as an endocrine disruptor in animal studies; it interferes with thyroid hormones. We have every reason to believe that it works the same way in humans. This could lead to serious health problems such as obesity, infertility, and even cancer.

Unfortunately, these are not all of the problems associated with triclosan. Another study found triclosan interferes with muscle contractions in animal and in human muscle cells. This is of particular concern because the chemical penetrates the skin and enters the bloodstream more easily than what was originally thought. A 2008 study done by the CDC detected triclosan in the urine of 75% of the people they tested. Antibacterial soaps are the kinds of soaps most commonly found in public restrooms, but triclosan is also found in toothpaste, mouthwash, and even yoga mats.

Antimicrobials are indiscriminate – they kill every kind of germ, including the beneficial bacteria found on our skin that are intended to outcompete harmful organisms. When we wash with regular soap, we do not kill all of the germs, but we significantly reduce their numbers. Keeping your good microbes and limiting your exposure to toxins is better than trying to sterilize your hands. Besides, your hands will never be sterile. The best we can hope for is clean.

It turns out the majority of your food should be consumed fresh and raw, not pasteurized. Raw milk and raw juices are good for you. If we ate only pasteurized and thoroughly cooked foods, we would be depriving our bodies of vitamins, enzymes, and other nutrients. In our zeal to avoid harmful germs in our food, we could actually increase the likelihood that we will be unable to fend off an infection and become sick.

Fresh, raw, organic produce provides our bodies with the nutrients it needs for a healthy immune system. Even the parts of produce that we can’t digest, the fiber, encourage the growth and multiplication of beneficial bacteria in our gut, which in turn aids in digestion, nutrient assimilation, vitamin production and more. Raw produce also provides us with enzymes to aid in digesting our food.

We need the nutrients from food that pasteurization destroys. Of course, some food in a truly healthy diet can be pasteurized, but pasteurized foods should be eaten only in moderation.

It is just as naïve to believe that we need a vaccine for every disease, as it is to think we need to wash our hands every five minutes.

Unfortunately, the practice of vaccination has been taken so far that simply being alive and healthy means to many that we are in dire need of treatment. Health and vitality do not need to medicated, inoculated, and treated. Here again, we have too much of a good thing, making it bad. The pharmaceutical industry wants everyone to be their customer, including those who are sick and healthy.

Current CDC guidelines recommend more than 70 vaccines from birth to age 19. With more than 300 vaccines in development, this number is expected to increase dramatically in the future. This will not ensure our health as a nation, quite the contrary. Vaccines contain all sorts of toxic ingredients, and the accumulated effect of these toxins lowers our resistance to disease. Vaccines do create antibodies to a select few strains of diseases, but these antibodies are temporary, disappearing after a few years. The toxins in vaccines on the other hand, are not so temporary. Once inside us, these toxins are very difficult to expel. Even if we could get rid of them immediately (which we can’t), they do considerable harm to us on the way out. Mercury, aluminum, MSG and formaldehyde are a few of the more common vaccine ingredients. These poisons, or adjuvants and preservatives, cause all kinds of harm – destroying healthy tissue, over stimulating part of our immune response while simultaneously lowering immunity on the cellular level. Routine vaccination makes us more susceptible to disease, not less so. Routine vaccination makes us much more susceptible to chronic illnesses as well such as Alzheimer’s, autism, ADHD, and asthma.

There is no doubt that antibiotics save lives and alleviate misery. The problem is, they also do a great deal of damage to the body and the immune system.

We have ten times the microbes living on us and in us than we do cells in our bodies. Antibiotics are indiscriminate killers. While attacking the bacteria that is making us ill, they also destroy beneficial bacteria in the gut, disrupting the natural balance of good bacteria and bad bacteria. This imbalance also leads to an overgrowth of Candida. Both the bad bacteria and the Candida give off toxins that in large numbers are harmful to the body.

Conventional medicine relies upon antibiotics as the first line of defense, not the last. Natural medicine uses supplements (usually made of concentrated foods and herbs) vitamins, tinctures, and other treatments to give the body the resources it needs to combat an infection or chronic disease. Antibiotic abuse causes a downward spiral of immune response as the gut microbiome becomes further imbalanced with each use of antibiotics.

Illnesses are not inevitable and unavoidable; they are the result of an impaired immune system. There’s only one cause of disease despite all of the disease causing bacteria, viruses, parasites, and fungi we have identified. All diseases are caused by cellular malfunction.

Cells malfunction whenever they face severe enough nutrient deficiencies or an excess of toxins. While it is true that germs played a pivotal role in every bacteria- based bout of illness, we need to remember that we are bombarded with germs every single day. Pathogenic microbes can be found on solid surfaces, on food and even in the air. We get constant exposure to thousands of disease causing organisms everywhere, all the time. If we get sick from this level of exposure we are doing something wrong. When germs make us ill, it is because our defenses failed due to toxic overload, nutrient deficiencies, or a combination of the two.

Building up your immunity is a great preventative measure, but this is better accomplished in a different manner than what conventional medicine recommends. It turns out though that immunity doesn’t come from routinely injecting toxic ingredients like ethyl mercury, aluminum, formaldehyde, MRC-5 Cells (aborted fetal tissue cultures), MSG or polysorbate 80. But rather from ingesting recipe ingredients such as raw collard greens, beets, kale, cilantro, parsley, unsweetened cranberry juice and other raw organic produce.

Diet is the most important defense against disease. The right kind of diet detoxifies our bodies and provides us with enough nutrients to maintain health. The right kind of foods create sufficient numbers of beneficial bacteria in and on our bodies and this is actually what comprises the majority of our immune system. It is our beneficial bacteria that are our best and first defense against an invasion of harmful microbes. With adequate sleep, stress management, detoxification and high quality nutrition we shouldn’t get sick from the kind of exposure to pathogens that is unpreventable.

If we are to believe that germs are the sole cause of disease than we simply surrender helpless to their invisible power, powerless to stop their onslaught. The conventional approach hopes shots can prevent disease, or that pills will make diseases go away once we get them. But it turns out germs don’t cause disease, being unhealthy does. We have more control over our micro-ecologies than most people realize. If we eat right and adopt other healthy habits we are able to build up our defenses to such a level that they can withstand nearly any onslaught from disease causing organisms.

We are not powerless to the germs around us but rather masters of our own microbiology. We can shore up on nutrients and rid our bodies of toxins to prevent disease. With a healthy diet and other healthy habits we can beat pathogens before they make us sick; we can beat disease naturally, or as many would say, organically.