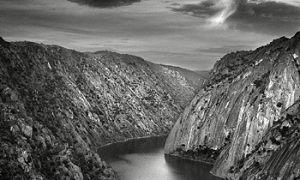 The Language of Image
0
Mind & Body

Hot Flashes May Be Good for Your Heart: Study

Hot flashes, a nuisance symptom experienced by around three out of four menopausal women, could actually reduce the risk of cardiovascular disease, stroke, and death, according to a study published in the journal Menopause on Feb. 19.

The women were categorized into four groups—according to when they experienced hot flashes and night sweats, known as vasomotor symptoms (VMS)—at onset of menopause (perimenopause), later in menopause, at both stages, and not at all.

The team found a correlation between reduced stroke and heart attack risk in women who experienced VMS during early menopause.

“We found that women who experienced symptoms when they began menopause had fewer cardiovascular events than those who experienced hot flashes late in menopause, or not at all,” said Szmuilowicz in a NWM press release.

The study suggests that hormone replacement therapy, which is often prescribed for menopausal symptoms, may not be beneficial during early menopause.

“While they are certainly bothersome, hot flashes may not be all bad,” Szmuilowicz said. “Our research found that despite previous reports suggesting that menopause symptoms were associated with increased levels of risk markers for heart disease, such as blood pressure and cholesterol, the actual outcomes tell a different story.”

The researchers concluded that further studies are needed to investigate the “mechanisms underlying these associations,” and also whether VMS that develop in late menopause are pathological compared with perimenopausal VMS.

The paper will be printed in the June issue of Menopause.