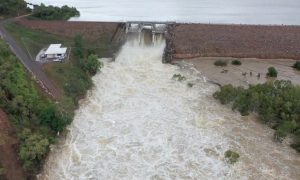 A hospital in Melbourne’s east is again at the centre of a COVID-19 outbreak, as Premier Daniel Andrews hints Victorians could have to endure lifestyle restrictions longer than first expected.

The Victorian health department has confirmed one of the state’s latest 11 cases was linked to Box Hill Hospital.

The cluster has grown to include two staff members and one patient. The facility was the site of an outbreak in mid-July.

An investigation has been launched and contact tracers deployed to contain the cluster.

“All appropriate public health actions are being undertaken, including cleaning, testing and quarantining,” a department statement said.

It comes as authorities tackle a much larger outbreak linked to the Butcher Club at Chadstone Shopping Centre, which has infected 31 people and spread to Frankston in the southeast and Kilmore in the north.

The Kilmore cluster began when a person infected with COVID-19 linked to the Chadstone outbreak dined at the town’s Oddfellows Cafe, in a breach of restrictions, on September 30.

More than 200 people who visited the cafe between September 30 and October 3 are self-isolating after a staff member contracted the virus.

Nearly 500 people have been tested in Kilmore since Tuesday, with an additional positive case linked to the cafe announced on Thursday.

In a post on The Oddfellows Cafe’s Facebook page, the business confirmed a second staff member had tested positive along with a confirmed case of a family member.

The premier sought to reassure Victorians some restrictions will be eased as planned on October 19, although it looks unlikely Melbourne will reach its required case load targets in time.

Melbourne’s all-important 14-day case average is down to 9.7, while 14 mystery cases have been recorded between September 22 and October 5.

Andrews said it was “highly unlikely that nothing will change” come October 19.

Victoria’s Deputy Chief Health Officer Allen Cheng said it would be a “day-by-day assessment of the situation” as to when further restrictions are lifted.